At the end of this past March, my father, Dewey Lipe, transitioned in his sleep after a tremendous 14-year journey with Lewy Body dementia and Parkinson’s. Normally, my blog posts here are about food, cooking, and local agriculture, but I wanted to take this moment to remember my dad, who profoundly shaped my thinking about […] 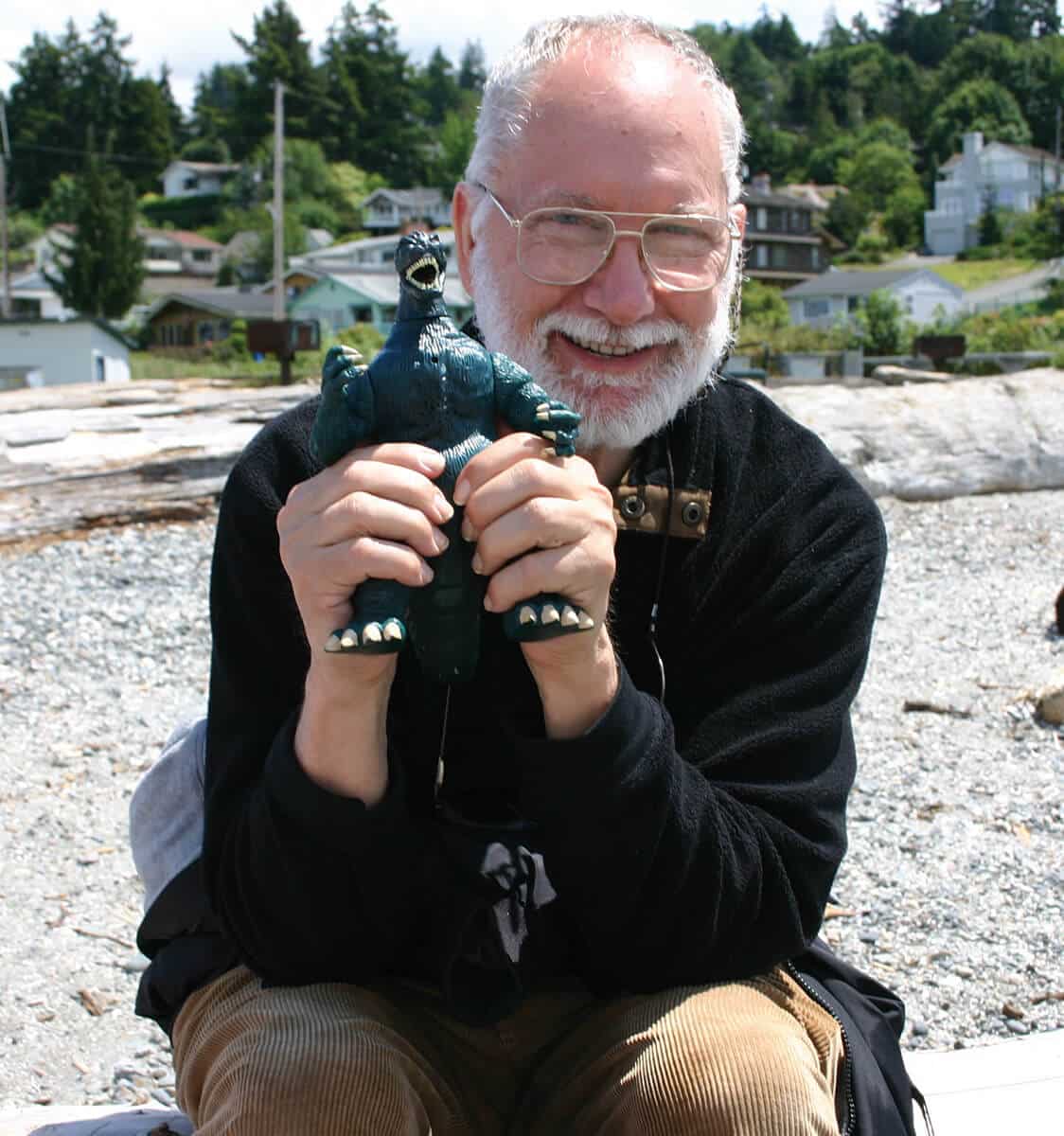 At the end of this past March, my father, Dewey Lipe, transitioned in his sleep after a tremendous 14-year journey with Lewy Body dementia and Parkinson’s. Normally, my blog posts here are about food, cooking, and local agriculture, but I wanted to take this moment to remember my dad, who profoundly shaped my thinking about these things in ways he could never have dreamed.

My childhood was difficult and unusual, and both my father and I were lorded over by my obsessive mother, who suffered mental illness and wielded it as both a shield and weapon. Somewhat ironically, my father was a behavioral psychologist, and it struck me at times that his 39-year marriage to my keenly intelligent, brilliant, artistically talented mother was one long weary experiment in perseverance, tolerance, and compassion. As it were, my father’s and my daily lives were dictated by her iron rule, right down to every bite of food we ate and the furtive glances we exchanged under her omnipresent cloud of jealous paranoia.

One day when I was eight, my father surprised me by presenting me with a little wooden planter box he had crafted himself and a packet of parsley seeds, the outside of which sported an infinitely inviting photo of lush, curly green leaves, hinting at the abundance that might emerge from the tiny dry husks within. With great ceremony, we carefully sprinkled the seeds into the waiting soil, tamped more dirt over them, watered them both, and waited. And waited. And waited some more.

Unbeknownst to both of us, parsley seeds take among the longest germinating times of any vegetable or herb—up to three weeks. Radishes or beans might have been better for an impatient child. But wait we did, and every day I’d dash out to see if my planter box had sprouted signs of life. And every day, nothing but bare, brown earth gazed back at me. We had both pretty much forgotten about planting the parsley when at last, the tiniest green shoots emerged. 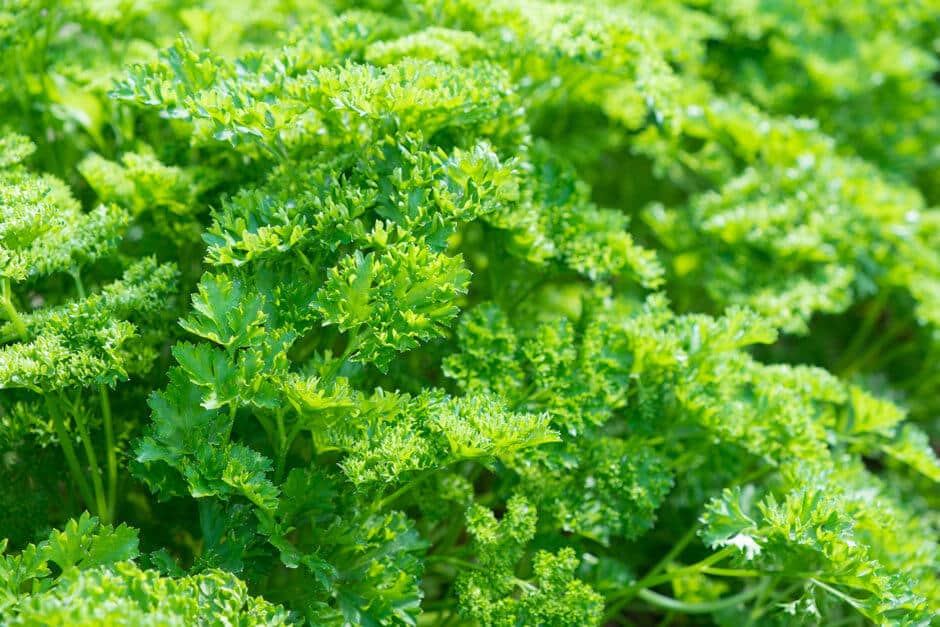 From that moment on, I was hooked on gardening. In fact, it pretty much became a complete obsession. I watched Jim Crockett’s Victory Garden television show on PBS with religious fervor and eagerly devoured every library book I could get my hands on about vegetables, houseplants, and wild edible plants. I proceeded to memorize hundreds of varietal names of irises, orchids, and roses. My dad would take me to the Conservatory of Flowers in San Francisco’s Golden Gate Park, where I eventually befriended the curator of the Conservatory’s orchid collection, who slipped me a couple of plants from his own greenhouse. My dad was also with me the day when an elderly, bow-tied professor at Stanford University (where we’d go every other day to get our mail from a post office box) and I, as his most peculiar nine-year-old daughter, had quite a scholarly conversation about the glorious hybrid tea roses growing in his front garden.

Throughout it all in the ensuing years, my father supported my love of flowers and plants by building me ever more planter boxes, a vegetable bed, deer fences, and even a tiny greenhouse that I just adored. Together we battled gophers, deer, squirrels, and birds in their quest to get as much nourishment from our vegetable garden as we did. Sometimes we lost, but more often than not, we reaped big succulent heads of lettuce, ears of corn, radishes, and juicy green beans practically dripping from our thriving plants.

My mother believed in rather strange diets for all of us, and she refused to properly cook “real food,” thinking such plebeian domestic duties were beneath her. I think that my dad was just as starved as I was for raw vegetables, and one of our rituals was to sneak off to a nearby grocery story on Saturday mornings when she was sleeping in, and we’d shop for fresh green things. We’d come home with bunches of fresh collards, fat, crispy okra pods, fava beans, luxurious kale, plump watercress, and vibrant dandelion greens. We’d briefly boil or steam them, or just rinse the dust off, then wolf down huge mouthfuls, practically feeling the vitamins and chlorophyll stream into our needy bodies. This was one of the many special rituals that my dad and I shared as a way to survive life with my mother, to keep a sense of health and sanity in our strange, strained household.

To this day, I have never lost my love of plants, flowers, and fresh vegetables, as well as my affinity to the natural world and the wondrous horticultural miracles that surround us every day if only we stop to welcome them into our sight, mouths, and consciousness. 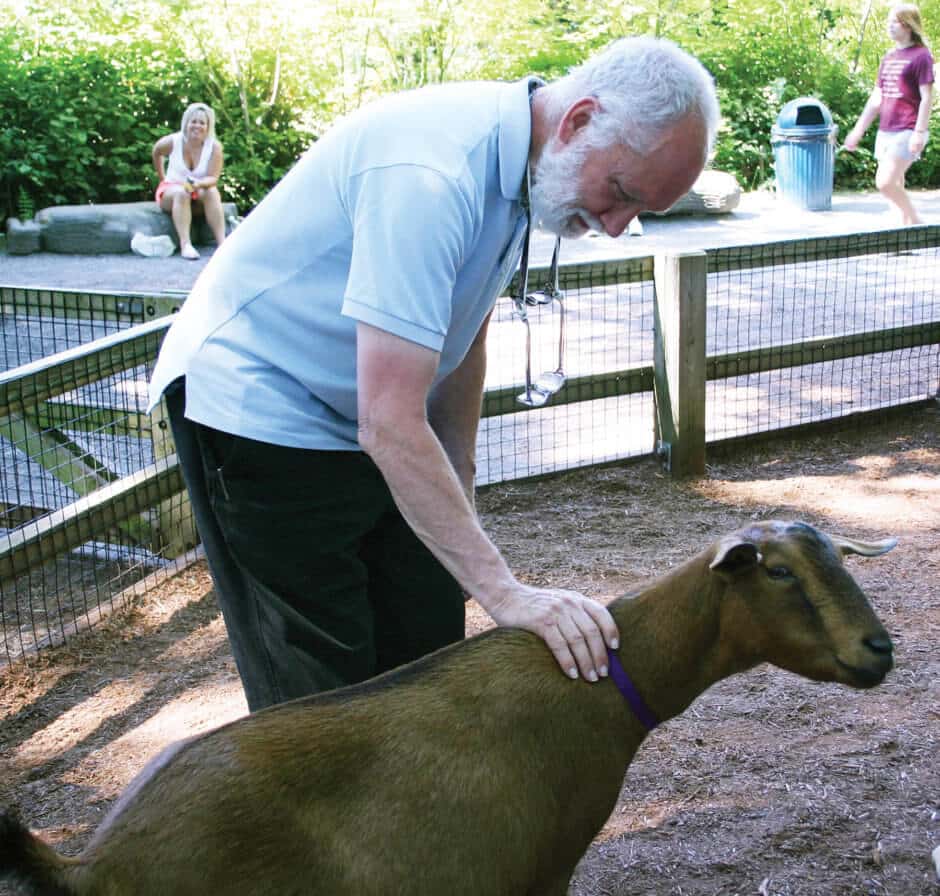 My dad was a quiet, gentle man with more reserves of compassion, patience, generosity, and humor than most of us combined. He was a Ph.D., an author of two books about obesity, and a MENSA member, although he’d never tell you about those things himself—he was a deeply modest person in spite of his accomplishments. He adored cookies, sleeping, eating, reading, and more cookies and naps.

His dream was always to get a little one-room shack on the beach in Santa Cruz and hide out, monklike, with his beloved books and coffee—two of his most favorite things in the world. He read extensively about religion, philosophy, and spirituality, and he was a practicing Rosicrucian much of his adult life. He was a quiet man who so was very quick to smile and see the profound absurdity of life, and just ride along with it.

Fly free at last into the deep universe, Dewey.