By now, you’ve probably seen the stories about drought in California—four years and counting, its prospect of power brownouts this summer, and “water wars” in which almond and walnut growers are blamed for drilling deep wells that leave nearby residents without water. If drought conditions continue and simultaneously worsen in other states, such as Arizona, […] 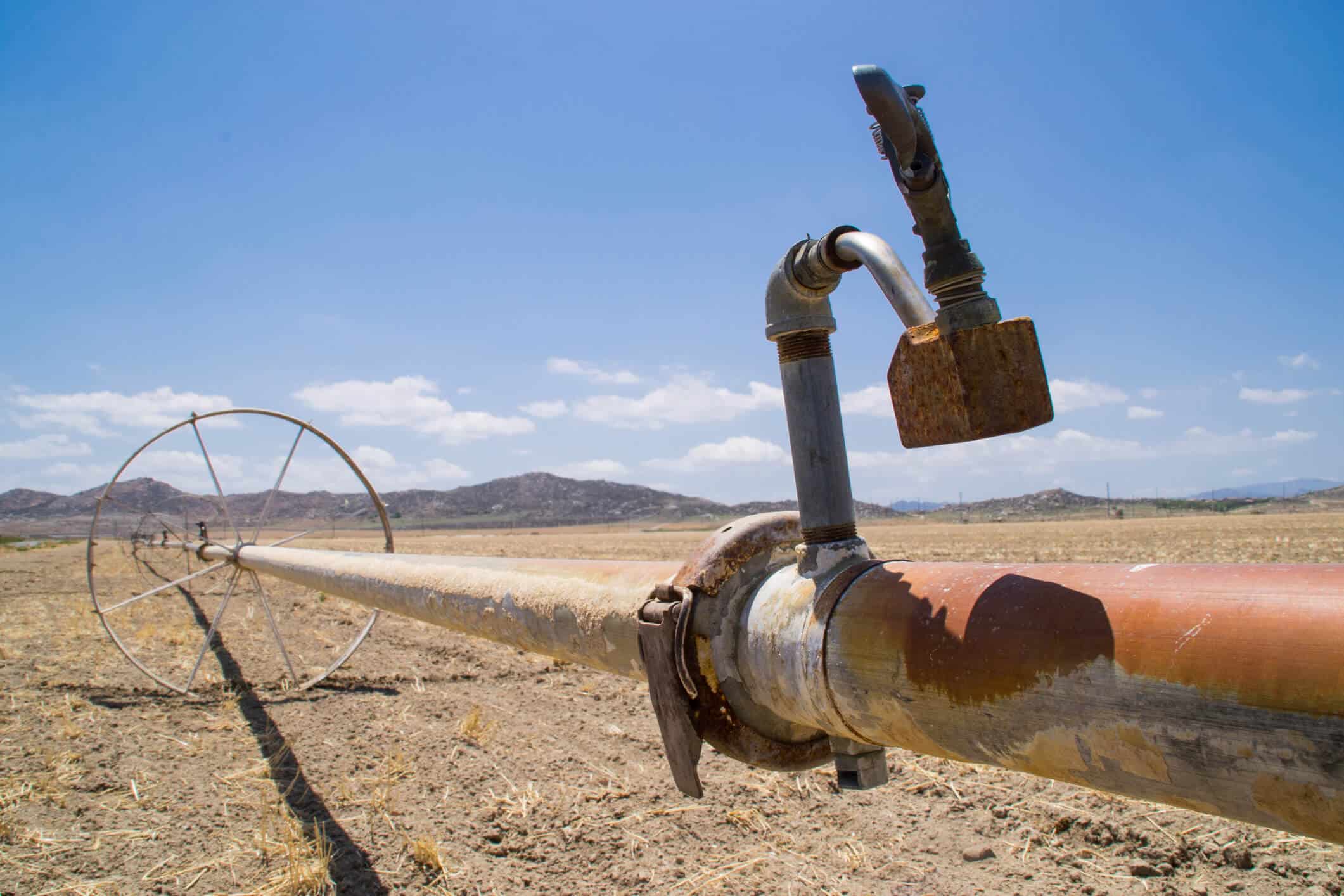 By now, you’ve probably seen the stories about drought in California—four years and counting, its prospect of power brownouts this summer, and “water wars” in which almond and walnut growers are blamed for drilling deep wells that leave nearby residents without water. If drought conditions continue and simultaneously worsen in other states, such as Arizona, Nevada, New Mexico, Oklahoma, Texas, Oregon, and Washington, most of us will likely be impacted by increased food prices and product shortages.

Are CSAs and other small farms able to weather water shortages and other climate change consequences better than larger-scale farms? Are they more innovative, better able to adapt to changing conditions, or more committed to water conservation?

I don’t have answers to those questions, but I contacted two of the California farms featured in the upcoming Bounty From the Box: The CSA Farm Cookbook to ask them about changes they might be making in response to drought conditions.

The internationally known 30-acre farm run by the Center for Agroecology & Sustainable Food Systems at the University of California-Santa Cruz has made a number of changes, according to Liz Milazzo, field production manager. “Due to the drought, our farm was asked to meet a 20-percent reduction in water use last year by our municipal water district. We planted 20 percent less acreage and accepted 20 percent fewer CSA members.”

This year, she says, the farm has similar water restrictions, but “we have enough confidence in our water conservation achievements utilizing drip irrigation to fully supply the [120-member] CSA. We dropped some of the thirstier crops from the CSA plan last year, such as celeriac and parsnips, and reduced ‘luxury’ crops, such as decorative pumpkins. This year we are increasing the amount of dry farming we do—more dry-farmed tomatoes, and experimenting with dry farming potatoes, winter squash, dry beans, and cucumbers.” (Long practiced in the Mediterranean, dry farming conserves soil moisture primarily through a system of tillage, surface protection, and the use of drought-resistant plant varieties.)

Milazzo says the farm is taking on the challenge of growing as many calories as possible with the least amount of irrigation water, including cultivating more dry beans and small grains such as amaranth, and using drip irrigation, as with these beets pictured below. It will also pull double duty from some crops such as annual buckwheat and fava beans, growing them for both food and soil improvement. 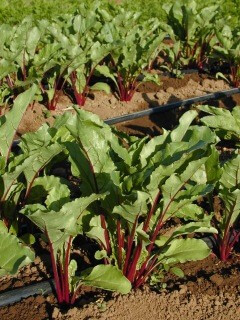 CSA members will see some changes in their weekly boxes, but Milazzo anticipates no pushback because of strong local support for water conservation. ”I think we have the implicit support of our members to shift things up a bit while still holding to quality.”

Water conservation is not the only challenge for UCSC farm staff. The unwelcome arrival of a new late-summer stink bug in Santa Cruz County in 2014 necessitated several changes in the planting schedule and the relocation of Brassica greens.

Yet another challenge has been an overall decline in winter chill hours; sustained dormancy at temperatures below 45 degrees Fahrenheit is necessary for many fruit and nut trees to produce high yields and quality fruit. “Locally, cherries were a complete loss last year due to insufficient chill,” says Milazzo, “but all of the farm’s deciduous fruits seem to have been affected, although the 25 varieties of apples will still be mostly productive with less chill.”

A very urban CSA farm more than 350 miles south of Santa Cruz is experimenting with a different approach to water conservation. The Growing Experience (TGE) is a seven-acre farm located within the Carmelitos public housing development in North Long Beach that is operated by the Los Angeles County Housing Authority. Its CSA members include both residents and nonresidents. TGE’s education and training programs focus on environmental sustainability, so its efforts to increase water and resource conservation—as well as research and implement new technologies to increase farm productivity—are part of the organization’s mission as much as a response to the drought.

The farm recently began implementing a combination hydroponics and aquaponics system, known as “decoupled aquaponics,” which is expected to reduce water usage significantly, says program director Jimmy Ng. If the system works as planned, water use will be 50 to 75 percent less than that required for traditional in-ground growing. “We plan to transition much of the growing of leafy crops to use hydroponics and aquaponics, and use in-ground planting primarily for larger-type crops and fruit trees.” 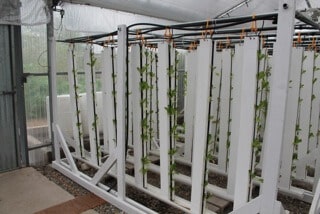 Around 175 five-foot-high vertical growing towers for the leafy greens stand inside a 1,000 square-foot greenhouse equipped with an automated heating and cooling system and two 650-gallon fish tanks. The towers are connected to the tanks so that water and liquid fish waste circulate in a closed loop. Eventually the farm may sell fish for human consumption, but currently the role of the fish is to provide fertilizer for the plants.

Kale, chard, lettuce, herbs, and other greens grow along the length of the towers and are harvested every week and a half from four areas. Ng estimates that the towers will produce about 13,000 pounds of fresh produce annually by 2016. Traditional in-ground planting at the farm now produces about 15,000 pounds of food annually. This year the number of CSA shares, which are offered year-round, has decreased from about 100 to 35, as the staff focus on developing the new systems and new sales outlets, including a mobile produce stand, local restaurants, and the local community college.

If you live in an area affected by drought or severe weather, what changes are local farms making to stay productive and become more environmentally resilient? Now there’s a good topic for conversations with growers at farmers markets and CSA pickup locations!