“Eat food. Not too much. Mostly plants.” So wrote Michael Pollan, well-known critic of US food policies in his book, In Defense of Food: An Eater’s Manifesto. His 2008 advice to “eat food” contrasted real food—vegetables, fruits, whole grains, fish, and meat too—with what he called “edible food-like substances.” Eight years later, who can say […]

“Eat food. Not too much. Mostly plants.”

So wrote Michael Pollan, well-known critic of US food policies in his book, In Defense of Food: An Eater’s Manifesto. His 2008 advice to “eat food” contrasted real food—vegetables, fruits, whole grains, fish, and meat too—with what he called “edible food-like substances.”

Eight years later, who can say how many have heeded advice from Pollan’s various books, including Food Rules, about what to eat? Edible food-like substances have not gone away and our dietary habits are improving only very slowly, according to a new study published by the Journal of the American Medical Association.

This blog, like the Bounty from the Box cookbook, does not advise readers about what to eat, although we certainly do encourage people to buy or grow local, seasonal vegetables and fruits in as much variety as possible. We are also committed to sharing here about food and farming news and trends across the country. 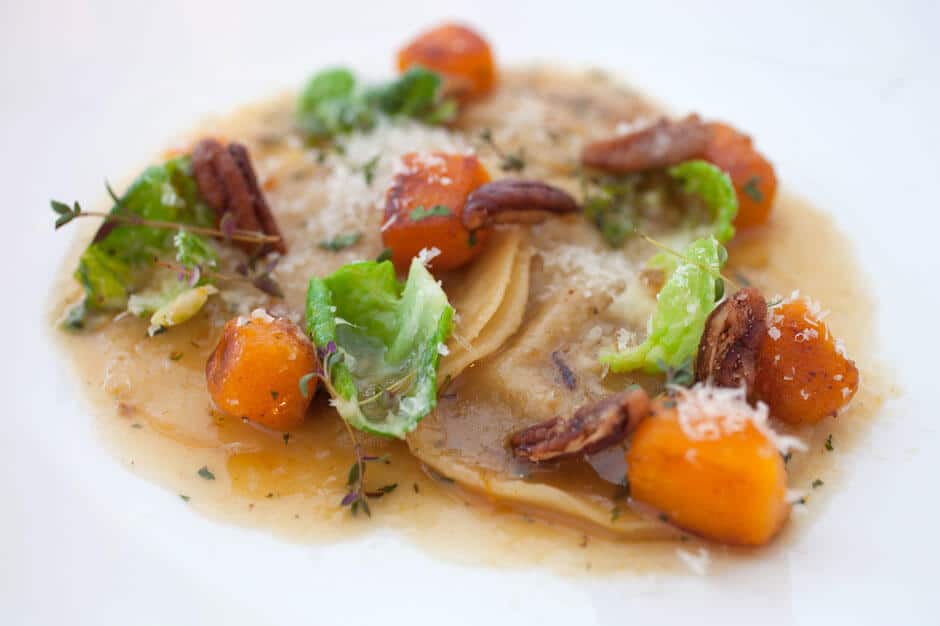 We were happy to learn that the Culinary Institute of America (CIA), the prestigious training college for chefs, is taking another step toward Pollan’s dietary recommendations by teaching students how to cook with less red meat and how to rethink traditional roles of animal and plant protein in menu planning. In May, it published Protein Flip, a document that’s an outgrowth of Menus of Change, a partnership of the CIA and Harvard T.H. Chan School of Public Health—Department of Nutrition.

Instead of diverting plants and grains into the production of meat, The Protein Flip calls on chefs to feed the plants directly to diners, with much smaller amounts of accompanying animal protein. It’s not advocating a vegetarian diet, or eliminating fish, chicken, or all red meat. An accompanying document, Protein Plays: Foodservice Strategies for Our Future, offers culinary strategies for greater focus on plant protein. The strategies are designed to be adopted in any food service context, with an emphasis on flavor above all else.

Protein Flip says that Americans eat three times as much meat as the global average—more than half of it red meat—and considerably more than is nutritionally necessary. It says that primary plant sources account for only about 15 percent of all protein Americans eat, even though plant proteins have lower carbon and water footprints and are associated with lower risk of chronic disease and mortality. The document also debunks what it calls common myths about animal-based protein, ranging from arguments used to promote a meat-centered Paleo diet to health concerns about insufficient consumption of dairy. 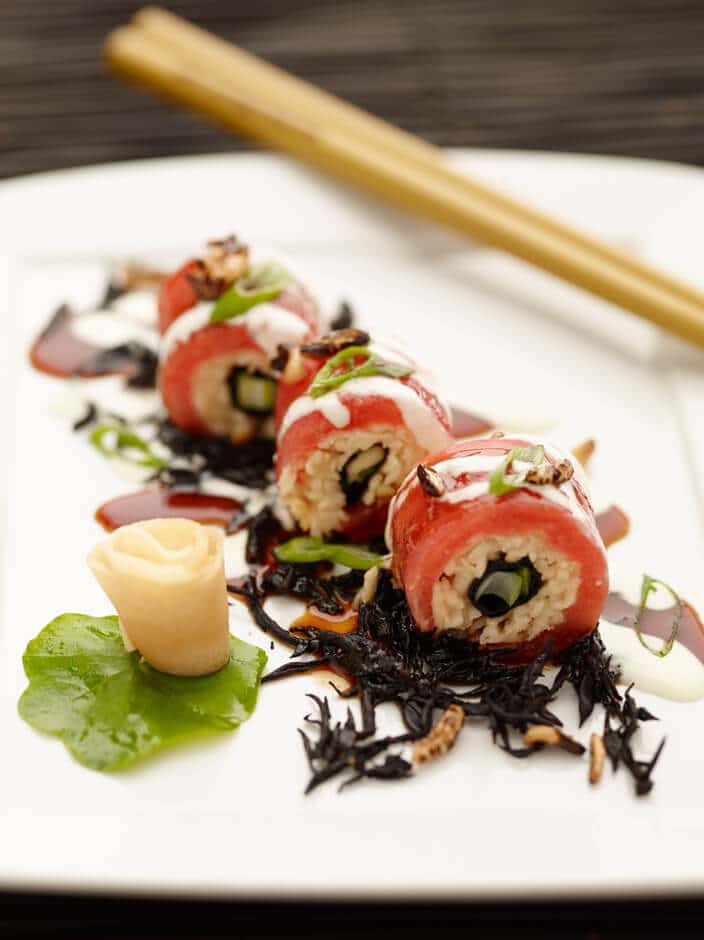 Even as some chefs extoll the sustainability of their locally sourced meat on meat-centric menus (think upscale hamburgers, pork belly, and bacon garnishes) other chefs are going in the opposite direction, even addressing sustainability on their websites.

Vegetables are gaining respect and moving toward the center of the plate at both high-end and inexpensive restaurants. One of the latter is the creation of José Andrés, award-winning chef at the helm of Beefsteak, a vegetable-centric East Coast fast-food chain taking its name from the meaty tomato variety. Here you order a bowl of bulgur, quinoa, or rice, top it with a selection of vegetables (raw and cooked) and a choice of sauces, add avocado or a poached egg, and, if you want, finish it off with some chicken or salt-cured salmon. Andrés believes Americans need to eat no more than half the meat they do and twice the amount of fruit and vegetables. He says that meat is overrated in flavor compared to fruits and vegetables.

Waters serves organically raised meat at her restaurant and thinks that doing so forces chefs to use it more sparingly. “We need to just accept a kind of diet that is mostly plants and add meat as a condiment, as a flavoring.” Her concern is that too few chefs really know how to prepare vegetables in an artful and tasty manner. That’s just what the Culinary Institute of America is making an effort to remedy.

Home cooks have the same opportunity too, with cookbooks such as Bounty from the Box. Summer’s a fine time to put vegetables front and center on the plate, with recipes like roasted Eggplant Salad with Beans and Cashews (page 190), Kahumana Café Pasta with Macadamia Nut Pesto Sauce (page 33), Ratatouille Nicoise (page 254), and Sunflower Seed and Millet Cakes with Spicy Tahini Sauce (page 526).

If you have the opportunity to visit any of the CIA-affiliated restaurants in Texas, California, and upstate New York, you can see for yourself what chefs are doing with gorgeous, delicious vegetable-centric dishes such as those shown here.