Cookbook Is Out! The Adventures Are Just Beginning …

On September 8, a pallet of 400 of my brand spankin’ new cookbooks arrived at the doorstep of my Seattle apartment building, hot off the press from their Minnesota printer. The day after, my husband and I packed up the car and headed down for a much-anticipated vacation to San Francisco, with seven boxes of […] 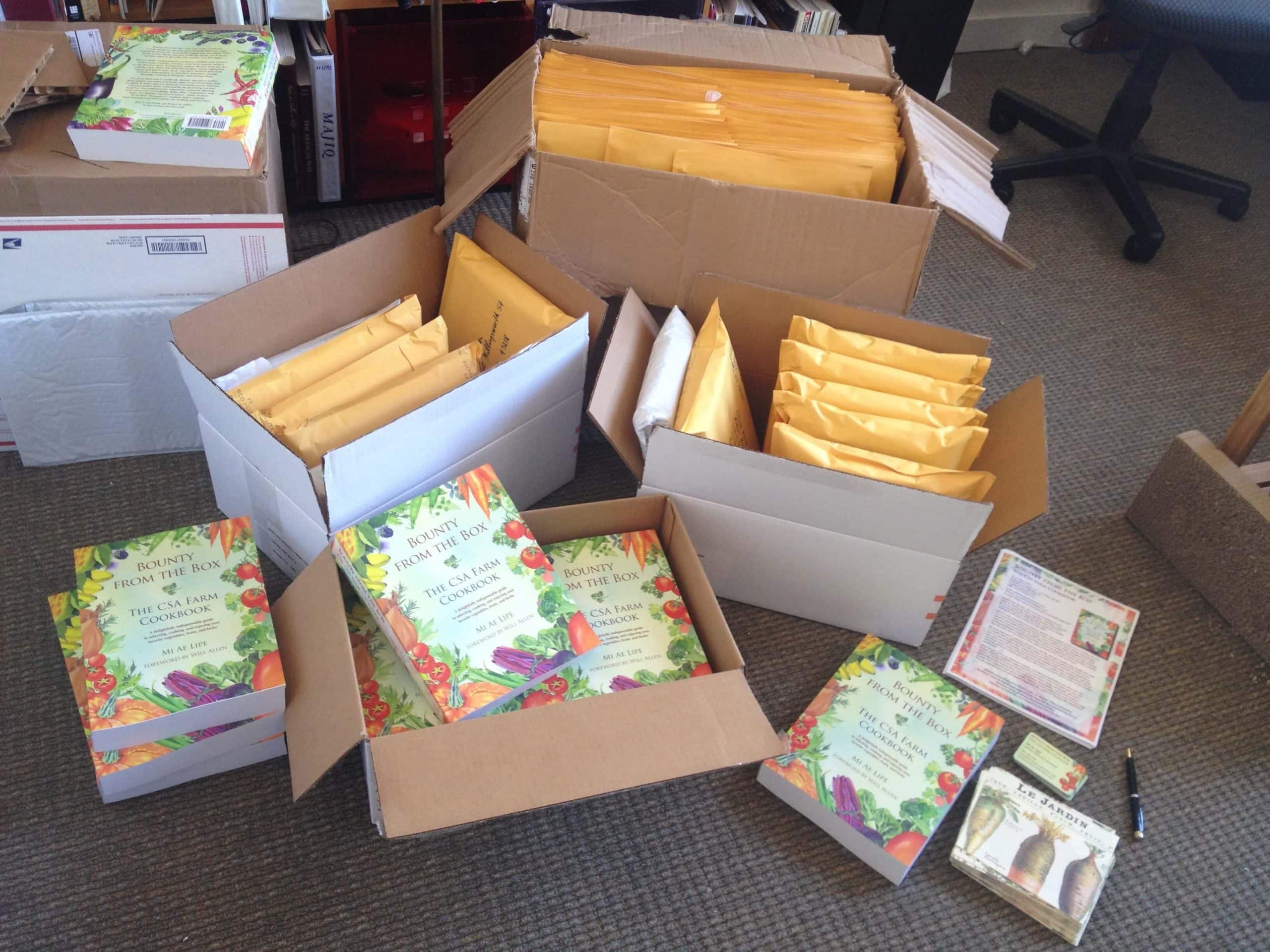 On September 8, a pallet of 400 of my brand spankin’ new cookbooks arrived at the doorstep of my Seattle apartment building, hot off the press from their Minnesota printer. The day after, my husband and I packed up the car and headed down for a much-anticipated vacation to San Francisco, with seven boxes of books piled in the backseat. Our adventures were about to begin! (More on that in a moment.)

Three weeks later, we are back, and as you can see, I’m knee-deep in mailing out books to hundreds of farms, organizations, food bloggers, restaurants, and other individuals who contributed to its content in one form or another. My bewildered, aching wrist is feebly protesting with all the handwritten thank-you notes I’m cranking out, and I’m packaging books to send out all over the United States and as far away as Spain, Taiwan, Ireland, and the Philippines. I just might be able to fund much of the US Postal Service budget this year.

As you can also see, it’s a BIG book. It tips in at 712 letter-size pages and weighs over 4 pounds. If you get bored reading it, you can use it as a garlic press.

But back to those adventures …

Our California vacation turned out to be much more relaxing for my long-suffering, ever-patient spouse, since I started selling books almost immediately without even trying. As I learned after publishing my first book years ago, cookbooks make friends. They connect people. They excite them, make them hungry on the spot. And everybody needs to eat, so most people cook (or know they should). People barely look at the cover and decide they want it.

Along the way, I attended a driver safety task force meeting and ended up selling a book to a Washington State politician who has her own organic farm. Then my car broke down in southern Oregon, and the owner of the auto repair shop we got towed to bought one for his wife—and took it off my bill. Once we arrived in San Francisco, I met up with two food bloggers who had contributed recipes—Linda Shiue of Spicebox Travels and Justin Watt of Justinsomia. The book and I even ended up getting mentioned on the tail end of a This Week in Tech netcast with Leo Laporte—and it wasn’t even planned. 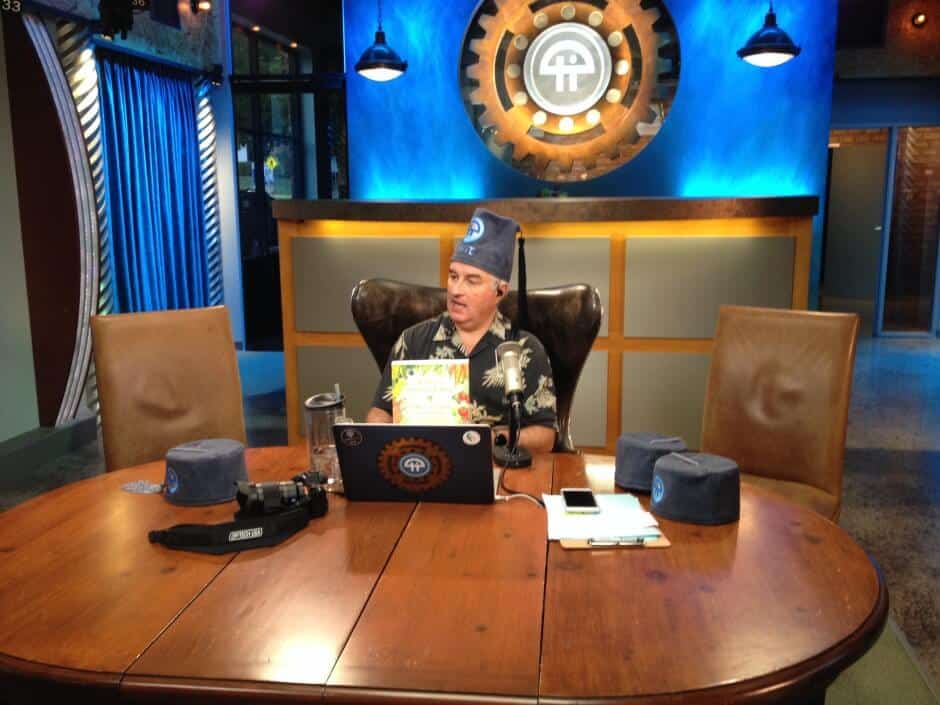 And on September 14th, I also had my first-ever book signing with Bounty from the Box! It was just a small, informal affair at the Fairmont Heritage Place in Ghiradelli Square, not really a full-blown book-tour–type signing, but it was a nice way to ease into what I call the dog-and-pony show. (I’m a writer, and writers are often not terribly extroverted, so we need all the butt-kicking and coaxing we can get to push us out into the bright lights of fame and fortune.) But it was just lovely, and I ended up meeting some fantastic people there. 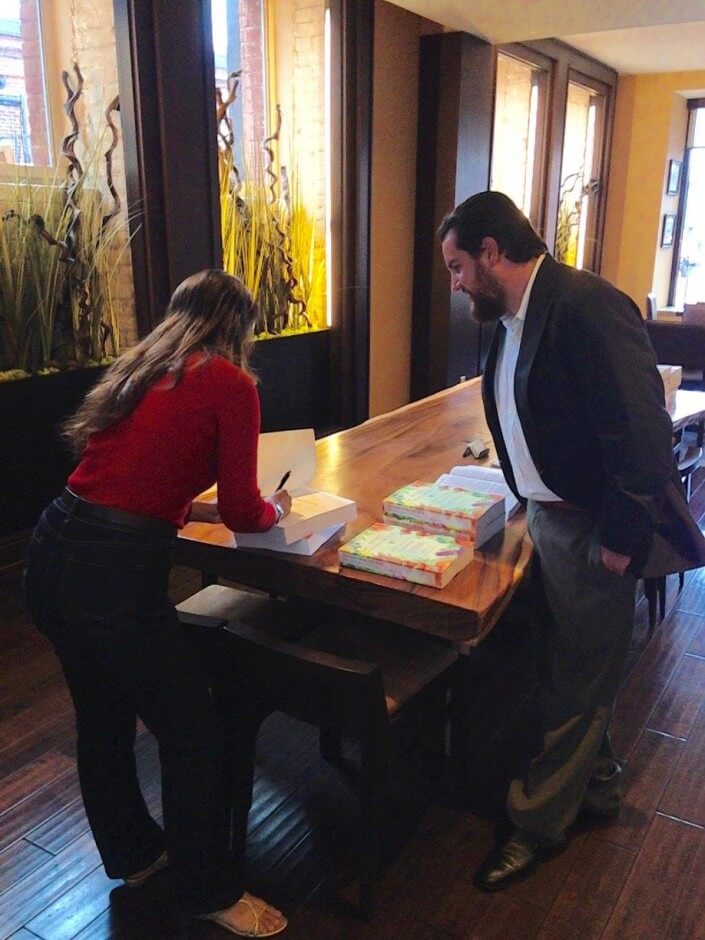 I even visited a couple of farms along the way, including Jacobsen Orchards, a delightful place on a tiny plot of land (1 1/3rd acres) in northern California that supplies The French Laundry, widely considered one of the best restaurants in the country, and even the world. In spite of its diminutive size, the farm grows nearly 70 different kinds of fruit trees and dozens of varieties of vegetables, herbs, and flowers, some fairly ordinary and others downright exotic and tantalizing, unlike anything you might have seen or tasted before. And I’ve never eaten better—or seen more beautiful—figs in my life!

The other farm we visited is actually featured in the cookbook, called R-evolution Gardens. It is a mostly off-grid vegetable farm on the Oregon coast in Nehalem, one that was started in 2008 by a self-described “crazy upstart” woman named Ginger Salkowski (now Edwards). It has since grown to supply 65 CSA members, the local Manzanita Farmers Market, and some area restaurants. Ginger and her herbalist husband Brigham also run a delightful Airbnb lodge in the form of a Japanese-themed cottage on the farm, which Ron and I stayed at. Happily, we also managed to arrive in time to catch Ginger at her booth on the last day of the farmers market for the year. As you can see, she was thrilled to get her book! 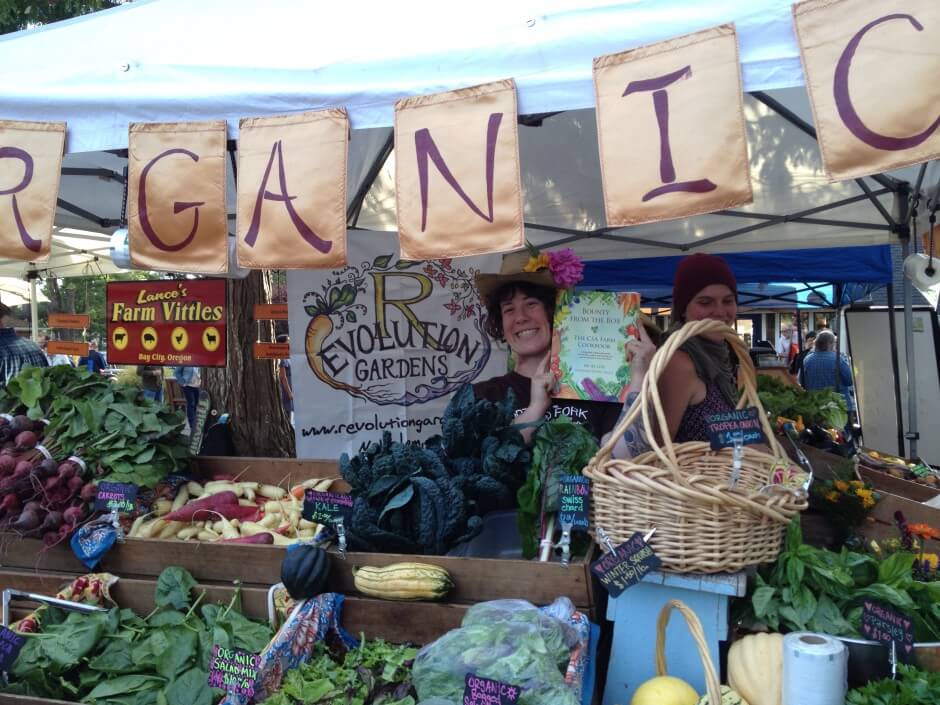 So the adventures have indeed begun. Of course, there will be many more in the months to come, but things have gotten off to an amazing start already. And like a mother who has carefully raised and nurtured and fussed over her child for years, it’s time to send that book out in the world to seek its fortune and start living a life of its own.

But when you get your copy and struggle to pick it up, don’t say I didn’t warn you. And go find some garlic cloves to crush.