Bounty from the Box: The CSA Farm Cookbook

So you just got all this tasty food in your local subscription farm box or from the farmers market. Now, what do you do with it all? Or even what the heck is it?

Bounty from the Box: The CSA Farm Cookbook is here to help!

Arranged by season and designed to be a workhorse in the kitchen, Bounty from the Box: The CSA Farm Cookbook shows you how to enjoy over 90 different fruits, vegetables, and herbs, with 360 diverse, delicious recipes.

No other book makes fresh produce so accessible and appealing, whether you subscribe to a community-supported agriculture (CSA) farm, shop at a farmers market, or grow your own.

Order your copy of Bounty from the Box: The CSA Farm Cookbook today! 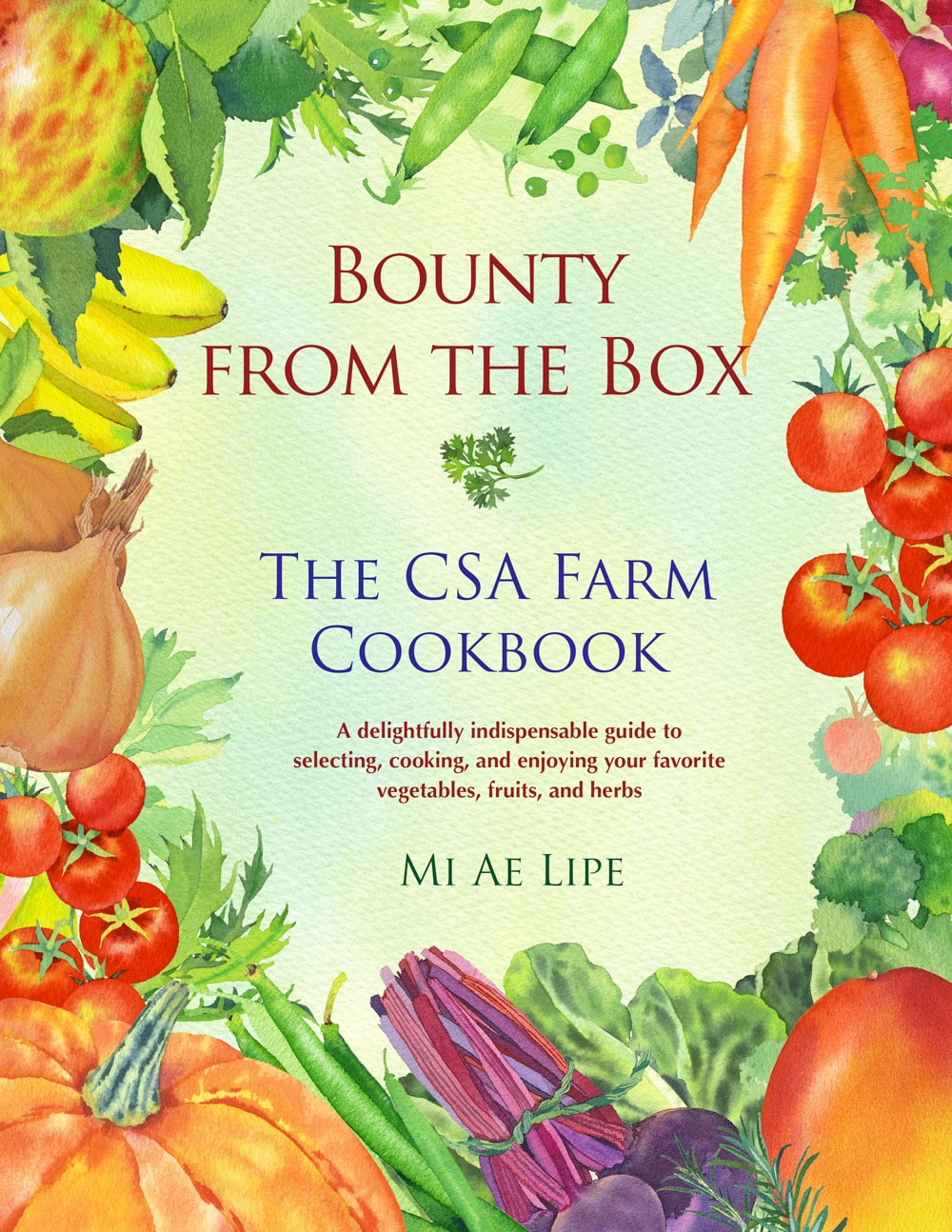 Bounty from the Box is not just any CSA Farm Cookbook

Bounty from the Box: The CSA Farm Cookbook also tells the stories of many CSA farms and food organizations around the country and the amazing work they’re doing in their communities. Nearly 100 sidebar essays shed clarity and insight on the sometimes confusing world of food justice, farming, nutrition, marketing buzzwords, and other topics.

We want readers to learn how their food gets from seed to their plate so that they can better understand the challenges of local agriculture and why we all should support more sustainable, healthful, equitable food systems—and our place in it.

In addition to the recipes, food pairing lists and numerous serving suggestions help spark quick ideas using ingredients you may already have in your fridge or pantry.

Tipping in at a hefty 712 pages, Bounty from the Box: The CSA Farm Cookbook features exceptional recipes from legendary chefs, professional food bloggers, CSA farm members, and many others. The recipes are diverse, offering many ethnic and traditional options and unexpected taste combinations. Many are vegetarian, vegan, and gluten-free. Comprehensive indexes enable readers to find dishes quickly and easily by type and ingredients.

What are people saying about Bounty from the Box: The CSA Farm Cookbook?

“As a restaurateur who also happens to own a farm and happens to be married to the Farmer-in-Chief, Jackie, it’s my belief that there’s really nothing more important than knowing where your food comes from. Whether you support farmers by shopping your local farmers markets or by signing up for a CSA box (Community Supported Agriculture), you’ll need to know how to cook that glorious bounty. My friend Mi Ae comes to the rescue with this terrific book filled with healthy and delicious recipes for all the roots, leafs, stalks, herbs, fruits, and tubers that come packed in that wondrous weekly box.”
Tom Douglas

“The stories at the beginning of the chapters is a nice addition. And the fruit and veggie info is thoughtfully laid out, and thoroughly researched. A lot of this information is in our heads, but now that we have the information indexed and easy to find in your book, it will be so much easier to inform and educate our customers on how to store, and cook our produce, and have less food waste in the end. We are also looking forward to expanding our recipe repertoire with this resource.”
Little Parsley Farm

“Forget about figuring out what to do with the fifth week of zucchini from your CSA—this book is indispensable for anyone who buys produce. One of my criteria for judging a cookbook, and the reason I prefer a real book to my e-reader, is the index. I don’t think I’ve ever raved about an index, but Mi Ae has one that’s just recipes by ingredients. So, if you have a mess of arugula and want to do something with it, there are a bunch of recipes that use arugula giving you lots to choose from. The only downside to this index? You’ll see at least another four things you’d like to try.”
Anne Maxfield

“I love the information and format of this cookbook because it breaks down the vegetables in simple paragraphs, from history, to trimming and cleaning, to a variety of cooking methods that are easy to follow—especially when it is a NEW vegetable to me. I feel empowered to break out of my routine recipes that I have been cooking for years and venturing out into new territory of delicious and nutritious foods.”
Kate Dayton

An illustrator, book editor, and graphic designer, Mi Ae Lipe lived and worked in Wisconsin and Minnesota for over a decade. During this time she met Jack Hedin, owner of Featherstone Farm, one of largest community-supported agriculture (CSA) farms in southeastern Minnesota. She also saw a need for a truly comprehensive cookbook that bridges the gap between farmers and eaters.

She self-published Tastes from Valley to Bluff: The Featherstone Farm Cookbook in 2007, which featured Featherstone exclusively. The book met with great regional success and acclaim and was even used by the personal chef to the governor of Minnesota.

Several years later, she decided to expand the original cookbook to include nearly 40 new fruits and vegetables, as well as to showcase noteworthy CSA farms throughout the United States. This second book, Bounty from the Box: The CSA Farm Cookbook, was self-published in 2015.

Bounty from the Box: The CSA Farm Cookbook

Ready for a healthier way to cooking and eating? Got carrots? Coconuts? Kohlrabi? Garlic scapes? Too many tomatoes and zucchini? Bounty from the Box: The CSA Farm Cookbook has you covered. Order your copy today!
Order Your Copy Today!