Books Inc.’s origin dates back to the Gold Rush Days of 1851 when Anton Roman struck it rich in Shasta City, California and set himself up in business selling books. That small bookstore was moved, bought, sold, burned, rebuilt, renamed and became Books Inc., as we know it today, in 1946.

Lew Lengfeld, owner since 1946, passed away in 1996 and left Books Inc. to a few trusted employees. The good news was, he left them the business; the bad news was he left them the business just as the national chain stores were discovering and colonizing the West Coast. The impact of this change in climate within the book trade was the closure of ten of the twelve Books Inc. stores and filing Chapter 11 bankruptcy in an effort to restructure and save the company.

By this time only Michael Grant and Michael Tucker remained as owners. They were determined not only to survive, but to thrive. The company emerged from Chapter 11 in August of 1997 with 4 stores and a 5th was added in 1998. All integral systems had been revamped and computerized, from buying to accounting. Publishers began to take notice as this Phoenix rose from the ashes.

Tragically, Mike Grant died suddenly in August of 2000, just as the company was poised for further expansion. Michael Tucker assumed the role of President and carried out the plan.

The external focus of Books Inc. is now and always has been customer service. The internal objective is to train the next generation of booksellers.

Today, with 11 stores and around 200 employees, Books Inc. serves as a shining example that independent bookselling can survive and prosper, even if we must dance among the elephants. 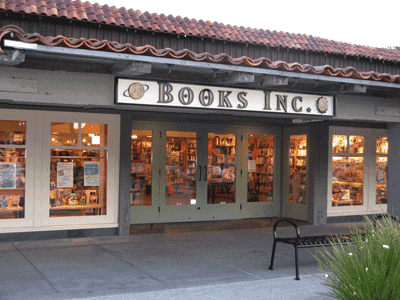