Bryant Terry is an eco-chef, food justice activist, and author. He was a Food and Society Policy Fellow, a national program of the W.K. Kellogg Foundation, from 2008 to 2010.

Terry’s writing and recipes have been featured in Gourmet, Food and Wine, The New York Times Magazine, The San Francisco Chronicle, Vibe, Domino, and Mothering. His most recent book is Afro-Vegan: Farm-Fresh African, Caribbean, and Southern Flavors Remixed, which was published in April 2014. 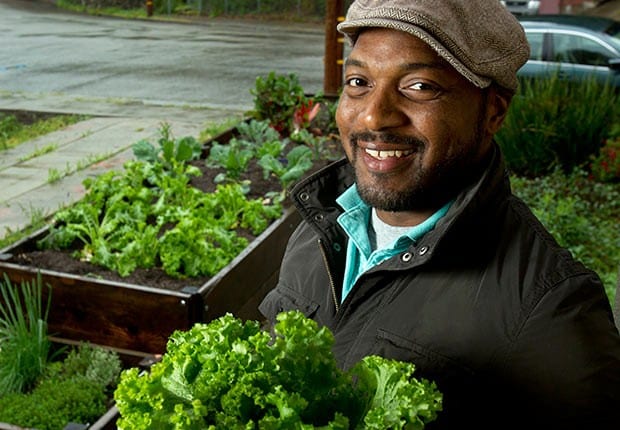