High Ground Organics is a family farm located in Watsonville, CA, dedicated to producing high quality, fresh, nutritious vegetables for our community. We sell our certified organic produce through a CSA program, at our Watsonville farmstand, at the Mountain View Farmers’ Market, and to a few select produce stores and restaurants in the area.

Farmer Stephen Pedersen got his first introduction to farming working for his aunt and uncle Jean and Jerry Thomas in Aptos. He leased his first 3 acres in 1997 to grow mixed vegetables for a small CSA, and has since grown the farm to about 40 acres in 2016. Stephen lives with his wife Jeanne and their two children on their home farm on Harkins Slough in Watsonville, purchased in 2000 from the Open Space Alliance with conservation and agricultural easements placed on it. Stephen and Jeanne later purchased some fallow land in Royal Oaks, which is in a sunnier spot with well-drained sandy soil.

Between the two sites, we are able to grow a wide variety of crops–both those that love the cool coastal influence at the home farm and those that do well in the somewhat warmer climate in Royal Oaks. We grow high quality lettuces, greens, cauliflower, beans, turnips, radishes, beets, tomatoes, peppers, cabbage, broccoli, carrots, kale, chard, mei quin choi, herbs, radishes, winter and summer squash, onions, potatoes, spinach, celery, fennel, and pumpkins. With coastal grown blueberries, strawberries, heirloom apples, and pears, we can round out our vegetable offerings with fruit throughout the main growing season.

Stephen and Jeanne have been recognized for their efforts at habitat restoration and environmental approach to farming. In 2009 they were awarded the AWQA Stewardship Award, for exceptional agricultural water quality stewardship and community leadership. In 2012 and 2013 they were named as finalists for the Leopold Conservation Award for “extraordinary achievement in voluntary conservation on the land of exemplary private landowners.” 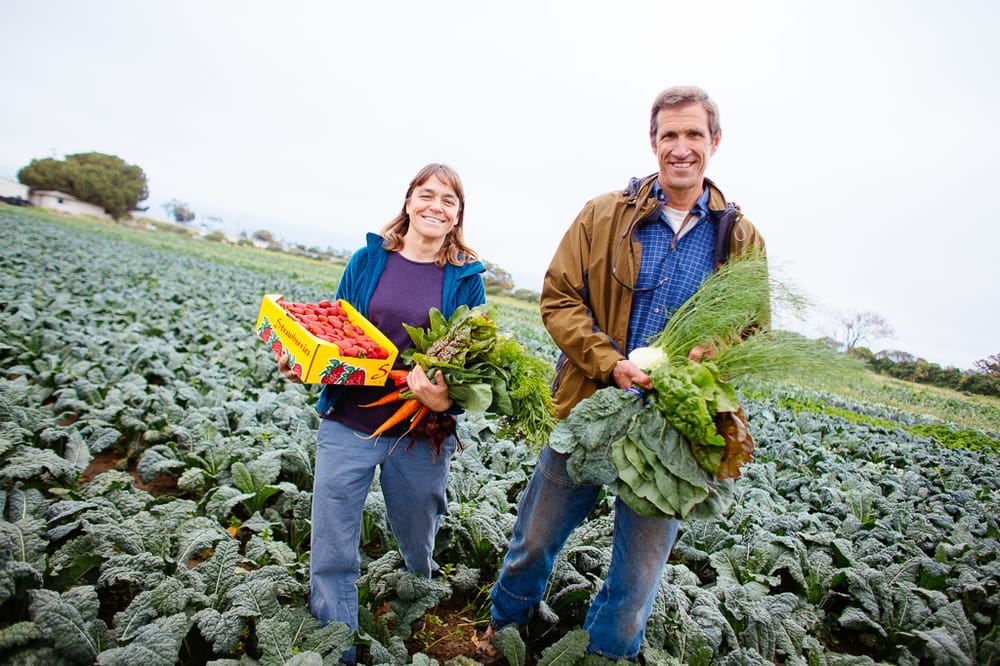