The mission of the Edible Schoolyard Project is to build and share a national edible education curriculum for pre-kindergarten through high school. We envision gardens and kitchens as interactive classrooms for all academic subjects, and a free, nutritious, organic lunch for every student. Integrating this curriculum into schools can transform the health and values of every child in America.

How did it get started? Twenty years ago, Alice Waters (founder of Chez Panisse Restaurant) was quoted in a local newspaper, claiming that the school she passed every day (Martin Luther King, Jr. Middle School in Berkeley, California) looked like no one cared about it. Neil Smith, then principal of MLK Middle School, contacted Alice with the acre of blighted land on the school’s grounds firmly in mind. He wanted her to see the school and perhaps find a way to help. It was clear to Alice: She wanted to start a garden and build a teaching kitchen that could become tools for enriching the curriculum and life of the school community. Neil and Alice met with the faculty and the idea slowly began to take form. Teachers Phoebe Tanner and Beth Sonnenberg envisaged teaching fractions in the kitchen as a way of making math interactive, and growing heirloom grains in the garden as a way of teaching early civilizations. Parent volunteer Beebo Turman motivated the community, which, in turn, invited family and friends to begin the transformation from asphalt to an Edible Schoolyard.

Recognizing the potential of the idea, Zenobia Barlow and the Center for Ecoliteracy provided funding for the Edible Schoolyard Berkeley’s (ESY Berkeley) first full-time garden director, David Hawkins. Within two years, more than an acre of asphalt was cleared, a cover crop was planted, and David and his first group of students spent the summer in the garden “building the bones.” In the fall of the third year, the kitchen became a reality. A kitchen director was hired, a chef named Esther Cook, who continues to teach at ESY Berkeley to this day. Teachers, parents, and community members came together to clear away garbage and cobwebs, and the abandoned school cafeteria became the kitchen classroom.

Over the past 19 years, ESY Berkeley has not only become an integral part of life at King Middle School, but also an important teaching institution and model of edible education that has inspired national and international programs. Each year we host over 1,000 visitors who experience the program’s impact for themselves. Guests have included HRH Prince of Wales, California Governor Jerry Brown, multiple state senators, California’s Secretary of Agriculture, and the US Surgeon General. For the 2005 Smithsonian Folklife Festival, we brought the Edible Schoolyard to the National Mall in Washington, DC. The site was visited by one million people.

Today, ESY Berkeley is lush with more than 100 varieties of seasonal vegetables, herbs, vines, berries, flowers, and fruit trees. Our staff includes five teachers, two AmeriCorps members, and two administrative positions—fully supported by the Edible Schoolyard Project. A robust corps of 30 volunteers generously supports our work. We have served over 7,000 students, who often return to tell us that what they remember most about middle school is the time they spent in the Edible Schoolyard. 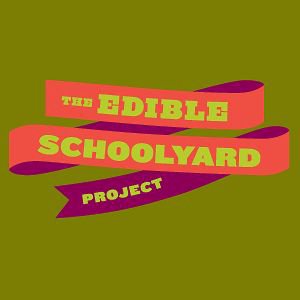