Favas and Figs in San Francisco

In my childhood years in the San Francisco Bay Area in the ‘70s and ‘80s, my parents and I would drive by a little farm stand near our house almost every day. In the summer, it would be practically overflowing with fresh fruits and vegetables—and cars kicking up dust getting in and out of the […] 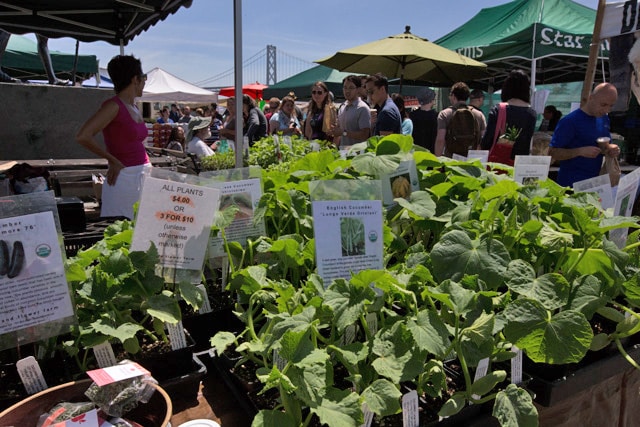 In my childhood years in the San Francisco Bay Area in the ‘70s and ‘80s, my parents and I would drive by a little farm stand near our house almost every day. In the summer, it would be practically overflowing with fresh fruits and vegetables—and cars kicking up dust getting in and out of the tiny unpaved parking lot. September brought pumpkins, which lay heaped about, fat and orange and corpulent in the warm fall sun as little and big hands grabbed them for the Halloween to come.

Fast forward nearly 30 years later, and things have changed. The stand is no longer there, but the farm-to-table movement has ballooned faster than summer zucchini, what with farmers markets, restaurants like Chez Panisse, the rise of big and small organic alike, celebrity chefs, a dizzying array of cooking shows, and a greater national appreciation of good food in general. Among these is the Ferry Plaza Farmers Market in San Francisco, among the largest in the country and perhaps one of the most picturesque. 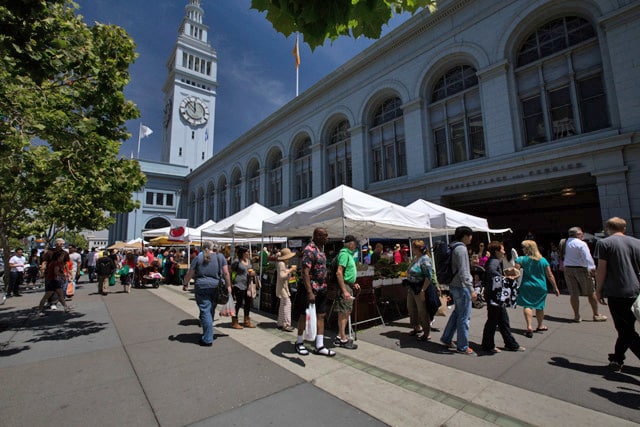 As hard as it may be to believe from the dozens of bustling stands and the throngs of chefs, shoppers, and tourists, it was originally intended to be just a one-time event when it opened in September 1992. Its instant success as a place for farmers and consumers to eat, shop, and learn prompted its organizers to establish a weekly presence at the uniquely historic site—the Ferry Building with its beautiful clock tower, across from the city’s Financial District with the backdrop of the Bay Bridge. In 1994, the Center for Urban Education about Sustainable Agriculture (CUESA) was formed, a nonprofit organization that still runs the Market with a mission to educate as well as feed its shoppers.

And both were plenty evident the gorgeous early June day I visited. The Market is open three days a week, but Saturday is by far when it’s at its busiest and biggest. Long celebrated for its diversity, the Market’s more than 100 vendors sell fruits, vegetables, herbs, fish, shellfish (how many markets can you find fresh oysters and crabs in their shells?), meats, eggs, cheeses, mushrooms, and a mind-boggling array of prepared foods, condiments, jams, honeys, baked goods, and beverages. Much of this breathtaking food is grown or raised within a hundred miles of San Francisco. 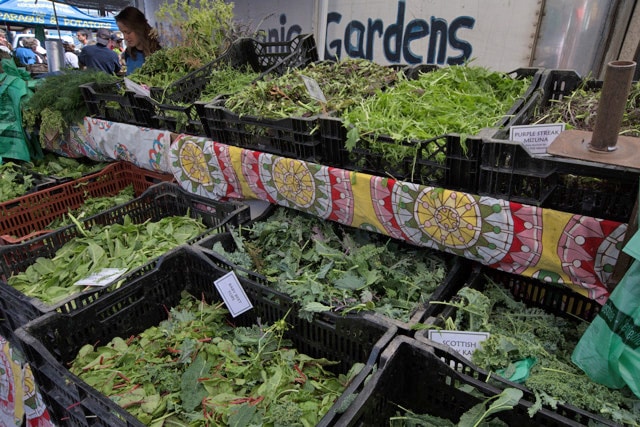 One of the greatest pleasures of visiting farmers markets around the country is never knowing what you’re going to find in season from one place to the next. The usual, predictable crops like tomatoes, lettuce, and onions are always present, but there is always the unexpected tidbit lurking about. In this case I came around a corner and discovered one vendor who specialized in salad greens. But not just any salad greens, mind you, but crates upon crates, each packed with a single type of green—tatsoi, mizuna, Japanese mustards, basil, parsley, calendula flowers, thyme, oregano, arugula, several varieties of kale, lamb’s quarters, baby spinach, bok choy, an array of lettuces—and even fava bean leaves, which I’ve never seen offered before. (Most people are familiar with the meaty fava beans, but few people are aware that the leaves are a delicious, nutty-tasting green.) You could reach into any bin and mix and match whatever proportions you wanted.

For a salad junkie like me, I had pretty much died and gone to heaven. But this being stone fruit season, riots of fragrant peaches, silky apricots, juicy plums, succulent pluots, and blushing nectarines threatened to overrun many stands. Not to be outdone, dusky, earthy-smelling figs, succulent radishes, and huge bunches of mint sprawled lush across many vendors’ tables. The year’s first crop of California’s artichokes are past their prime for eating, but the ones that escaped the pot were on display as lovely cut flowers (they resemble huge thistles, to which they are related). 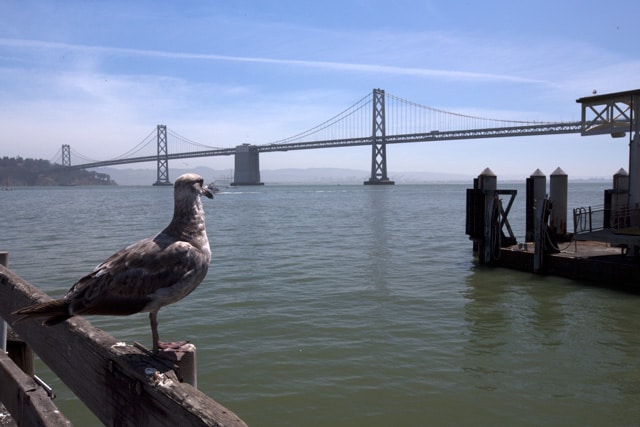 My husband and I came equipped, and when we walked out, our shoulder bags were bulging, but not before we had nabbed a roll of freshly made liverwurst from Fatted Calf and a big fat onion. Along with a loaf of that distinctive tangy San Francisco sourdough bread, lunch was set—a perfect liverwurst sandwich and the salad of my dreams, perfectly dressed with nothing but hazelnut oil and a sprinkling of sea salt.

In a land of world-class restaurants, sometimes all you need is a great market and a picnic. 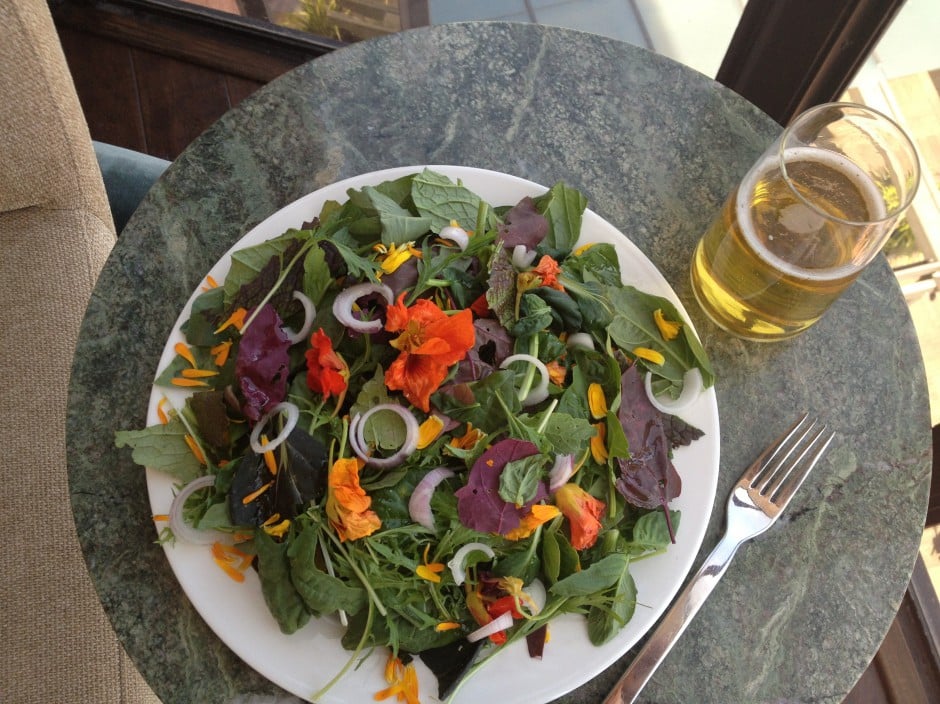 All pictures by Ronald Swartz.