Gastronomy for the Ear: My Favorite Food Podcasts

As part of my occupation as a book designer, I spend many hours doing pleasurable but mindless formatting work. To keep my brain sufficiently challenged, I started listening several years ago to a multitude of food podcasts. Here are a few of my favorites, ranging from the intellectually sublime to the crazily zany. I’ve always […] 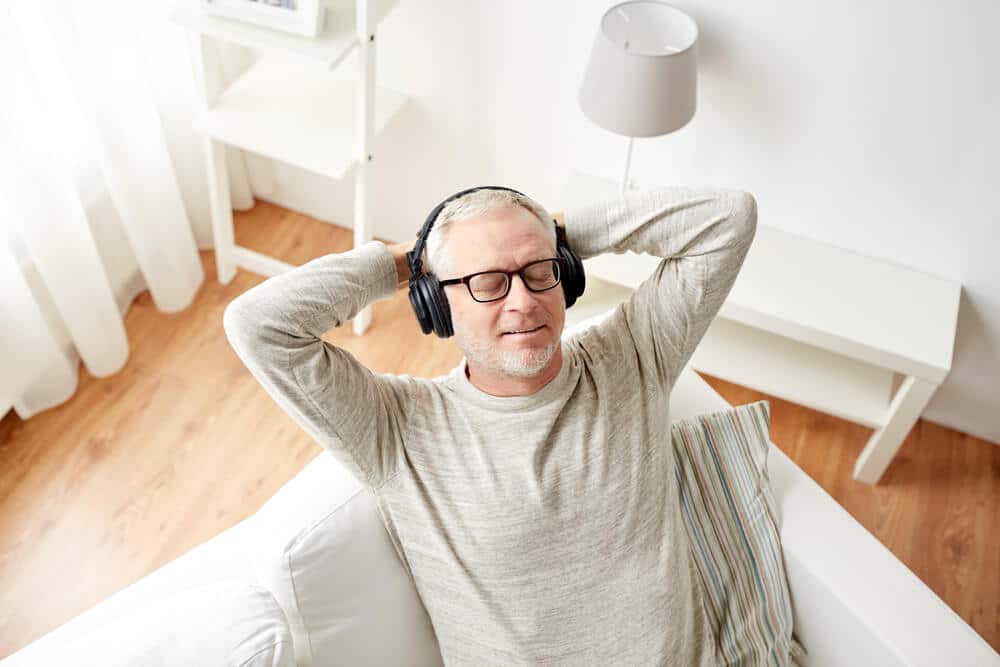 As part of my occupation as a book designer, I spend many hours doing pleasurable but mindless formatting work. To keep my brain sufficiently challenged, I started listening several years ago to a multitude of food podcasts. Here are a few of my favorites, ranging from the intellectually sublime to the crazily zany.

I’ve always been fascinated by the confluence of food and culture and history. Indeed, to understand our identities and place in the world is to know what we eat, how it got to our mouths in the first place, and why we eat what we do. (For instance, did you know that the popularity of sugar is in no small part due to the Portuguese cod fishing industry centuries ago? Dried salt cod, lightweight and easily transportable by ship, was the main protein source for slave workers in the West Indies sugarcane fields for several hundred years, giving rise to the burgeoning global distribution and demand for the sweet stuff.)

Many of my favorite food podcasts explore these connections with intricate, surprising details. Food Non-Fiction is one such show. Hosted by Lillian Yang and Fakhri Shafai, it answers such life-changing questions as to how fondue became popular or what Nutella has been up to since Napoleon. One episode I found most fascinating is about turnspit dogs, little canines bred to do one of the lowliest jobs imaginable in hot, smoky 16th-century Tudor England kitchens—literally walking in hamster wheel contraptions that kept roasts turning on a spit so they’d cook evenly. This and all of their episodes are such well-researched, interesting gems beautifully told—an award-winning podcast that informs and delights in equal measure. 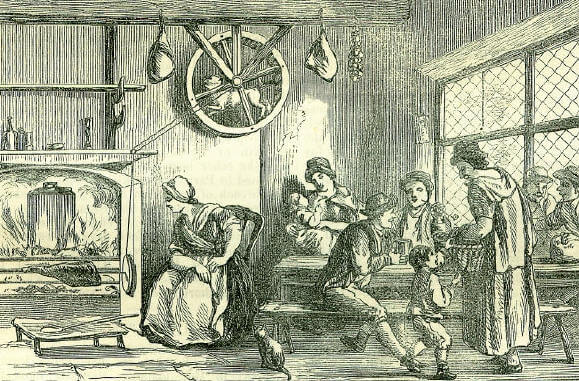 Illustration, taken from Remarks on a Tour to North and South Wales, published in 1800, showing a turnspit dog at work. Courtesy of Wikimedia.

The Food Programme by the BBC has a huge repository of podcast episodes going back at least a decade, although the show first started broadcasting in 1979. It covers a vast range of food and drink topics both in the British Isles and around the world—and not just culinary trends and food ingredients, but also health and wellness issues. Prince Charles has called it no less than a national treasure of Great Britain.

Closer to our shores, Gravy chronicles both past and current food history of the South. Produced by the Southern Foodways Alliance and hosted by culinary historian John T. Edge, the show, in its own words, “showcases a South that is constantly evolving, accommodating new immigrants, adopting new traditions, and lovingly maintaining old ones. It uses food as a means to explore all of that, to dig into lesser-known corners of the region, complicate stereotypes, document new dynamics, and give voice to the unsung folk who grow, cook, and serve our daily meals.” It covers not just fried chicken and mac-and-cheese, but also the little-known hostesses who cooked and served food in their homes that nurtured the civil-rights movement during the 1960s, or how modern-day Somalian immigrants are making Kentucky their new home and adding new flavors and food traditions. 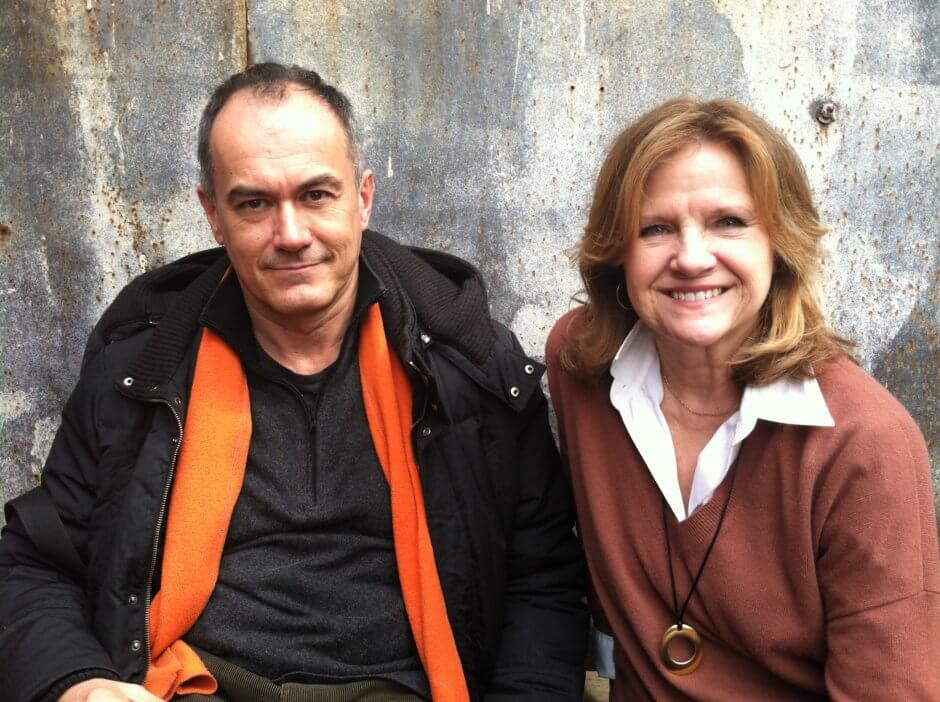 A Taste of the Past host Linda Pelaccio with guest Michael Krondl on Episode 132: Easter Sweets & the Ancient Rite of Spring. Photo courtesy of Heritage Radio Network.

For a more history-flavored focus, turn to A Taste of the Past with Linda Pelaccio, produced by the Heritage Radio Network (HRN). The topics of this podcast range from fish sauce and mastering the art of Soviet cooking to the history of American supermarkets and Antarctic cuisine. Their guests are often authors of deeply researched, highly intellectual books. But this is one kind of history that’s never boring and often explore topics you didn’t even know existed. (And if you love food, don’t miss HRN’s auditory banquet of 30+ other shows about every aspect about food that you can imagine.)

Having written a cookbook about what community-supported agriculture farmers grow (and a lot about the farmers themselves), sometimes I switch gears and listen to Chris Blanchard’s wonderful Farmer-to-Farmer podcast. If you’re a farmer, you won’t want to miss Chris’s in-depth interviews with farmers across the country. The interviews are unusually long for a podcast (episodes often run close to 90 minutes), but this format allows Chris’s guests to discuss the nuts and bolts of running a farm in concrete, helpful detail—including daily dilemmas in the field, money issues, business strategies, and work-life balance. 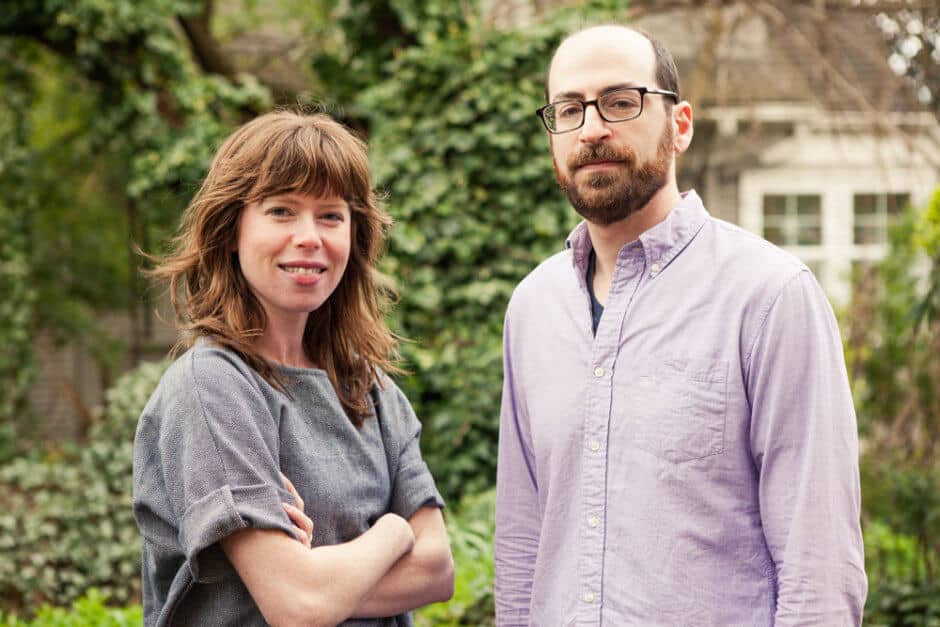 Sometimes I get tired of heady history and facts and just want something silly and fun. Spilled Milk, hosted by Molly Wizenberg and Matthew Amster-Burton, fits this bill quite nicely. Molly is the author of Orangette, one of the web’s most popular food blogs and author of two food memoirs, while Matthew is an accomplished author and comedian in his own right. (And, full disclosure—Molly’s recipe for oh-so-good Banana Bread with Chocolate and Cinnamon Sugar is in my cookbook.) Listening to these two talk about food ranging from scallions to Vietnamese junk food is like getting together with two thoroughly goofy, funny friends over drinks and rolling with however the conversation rambles—and ramble it does. But it’s the only podcast that makes me laugh out loud—a lot. 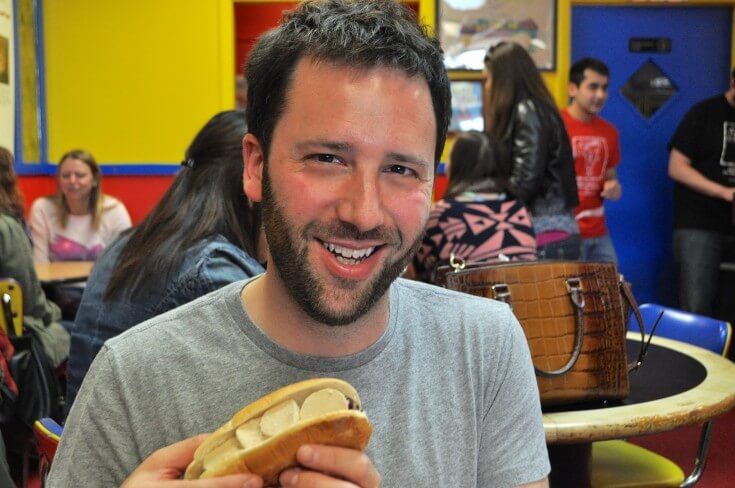 And finally, there is The Sporkful, hosted by Dan Pashman. This James Beard­-award–winning program’s motto is that it “isn’t for foodies, it’s for eaters.” His new spinoff show, Ask Mimi, in which the legendary food critic and opinionated writer Mimi Sheraton dispenses advice, is simply hilarious. In a world where food is often taken too seriously, this show delivers on that promise. Its topics and guests are hugely diverse, from the gracious Nigella Lawson expounding on home cooking to how to eat properly in front of the television. Dan is a curious, enthusiastic host, and I feel like my week is never complete without hearing his infectious laugh at least several times. In particular, his two-part series on the search for the Aleppo sandwich brought me to tears—it combines the very best of what food brings out in all of us—humanity, identity, memory, culture, love, tragedy, and hope. 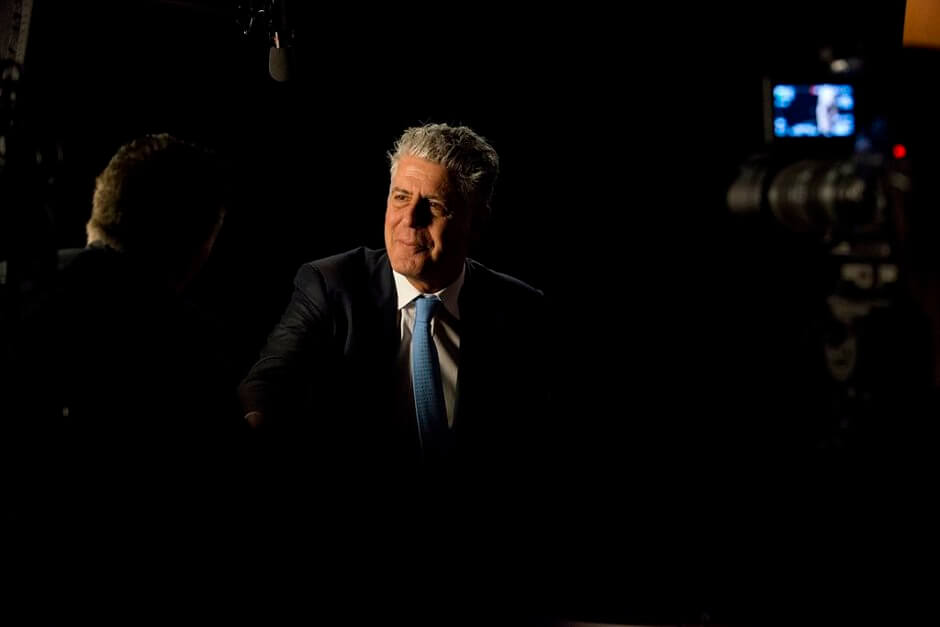 Speaking of humanity, the late Anthony Bourdain was an unparalleled storyteller of this genre. Bourdain never had a podcast, although he had written, hosted, and eaten his way through countless books, food shows, and countries, often highlighting the hidden and ignored parts of culinary identity. But surely, if he had had a podcast, I would have listened to it.

Godspeed to you, Tony, and hope you’re dining well at the tables of heaven.