Getting to Know Your Food as a Gardener and Forager

Depending on where you live, winter snows may still be piled high, or perhaps it is unseasonably warm outside. Regardless, spring feels like it could be just around the corner, psychologically at least. And perhaps you’ve been plying seed catalogs and ordering packets and transplants. If you’re a farmer, that means one thing—a season of […] 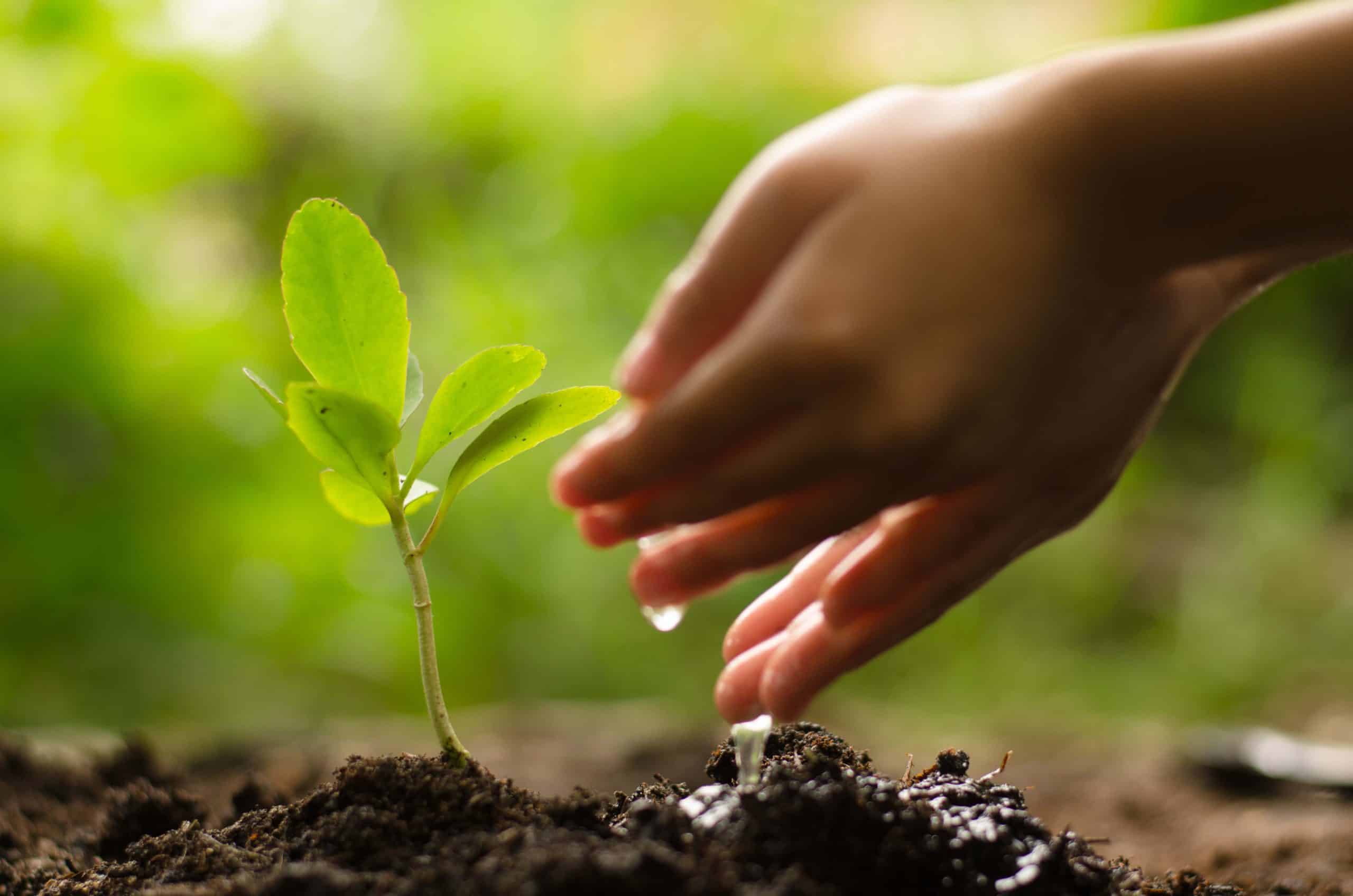 Depending on where you live, winter snows may still be piled high, or perhaps it is unseasonably warm outside. Regardless, spring feels like it could be just around the corner, psychologically at least. And perhaps you’ve been plying seed catalogs and ordering packets and transplants. If you’re a farmer, that means one thing—a season of hope, of remembering market lessons learned last year and the harder ones not to be repeated again, or bountiful successes to be reaped once more. If you’re a home gardener, these catalog pages offer an eater’s glimpse into what your diet might be this coming year, and already you have a special relationship with your food by your very act of creation and nurturing.

In many ways, I am not sure that it is possible to fully appreciate food without being a gardener at least at some point in your life.

My father started me on a lifelong love of plants by building me a little planter box and bringing home a packet of parsley seeds when I was seven. What he did not know was that parsley is one of the slowest seeds to germinate, but waiting forever did not deter me. And then one day, after we’d just about given up all hope, tiny sprouts appeared, and I was hooked forever.

Thus began a childhood filled with various horticultural obsessions, including roses, orchids, tulips, bearded irises, and, of course, the vegetables. My dad built ever bigger beds of soil and higher fences, and we waged battles to keep out gophers, birds, squirrels, and hungry deer. But the corn, lettuces, radishes, tomatoes, beans, peas, and peppers we grew were worth every bit of struggle. We learned the joys of biting into pods, leaves, and fruit so succulent and sweet that such goodness seemed nearly impossible upon our tongues.

Nearly 20 years later, I bought a house in a Seattle suburb in one of those cookie-cutter developments where everyone has a prescribed front yard with the mandatory approved vegetation of such communities. I had barely any backyard to speak of, but I was all too happy to rip up the front yard, tear out the useless lawn and requisite Pacific Northwest rhododendrons, and replace them with two terraced levels of rich organic black loam.

Sinking my hands into that soil, deeply inhaling its unmistakable earthy fragrance on early spring mornings, and finding plump earthworms were simple joys that I had nearly forgotten in all those intervening years. But the body and mind have a way of remembering, and soon the front yard was riotous with vegetables and herbs and overflowing with flowers and coleus. Stepping out the front door into the lushness on bright summer days made me smile. Big-time.

Growing up, I also had a passion for foraging for wild foods, a habit that I still practice to this day. Every time I hike in Northern California, finding miner’s lettuce (the round leaves pictured below along with chickweed, another toothsome edible), blackberries, watercress, wild fennel, sea beans, rose hips, prickly pear fruits, orach, and wild nasturtiums still delights me to no end, and there are places that I seek out where I know choice plants still stand. They feed a wild place in my soul as well as my stomach. 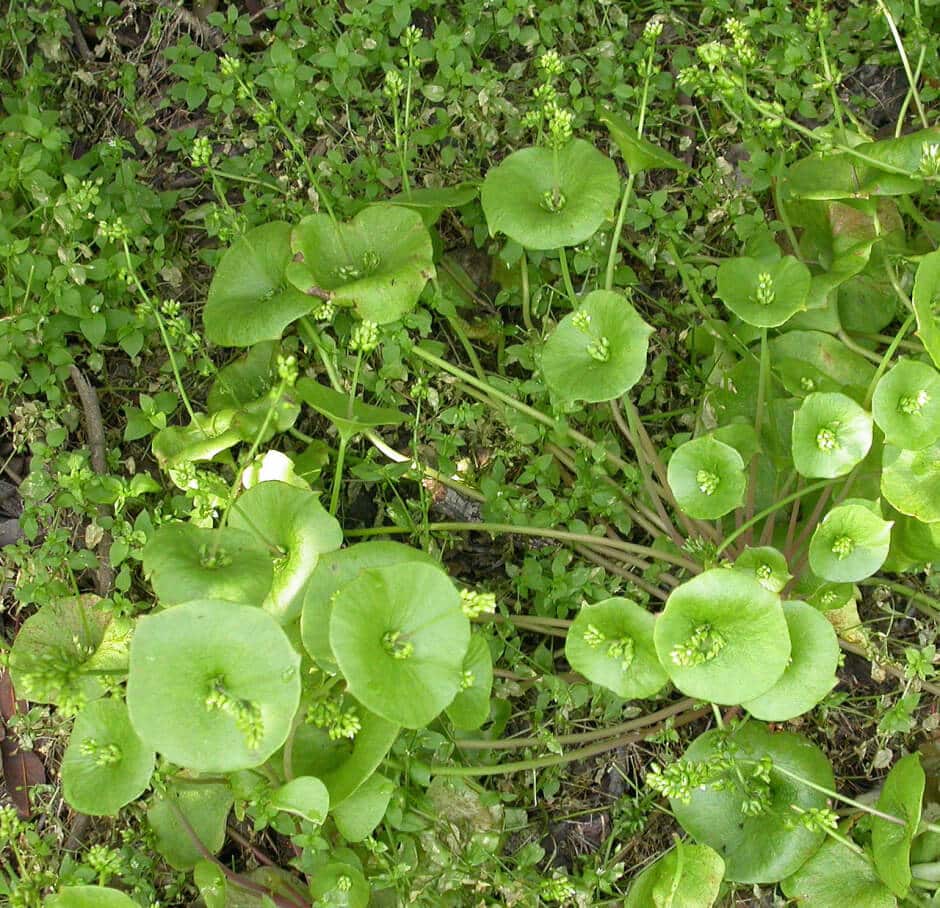 When I was living at that suburban Seattle house, a young neighbor boy whose family is from the Middle East used to come over when I was tending to my garden. One day he squealed, pointing to a fat, dark eggplant hanging from a plant bending over from its weight. “We eat that!” he shouted, his big dark eyes shining brightly, and suddenly I realized that this was the first time he had ever seen one of his staple foods actually growing on the plant—at its source.

How sad, I thought: a whole generation of kids growing up with no idea of the connection between their food and the earth. Not only do gardening and foraging make these ties apparent, but they also teach us to value life, the essence of what keeps us and others existing on this wondrous planet. They remind you to get outside yourself, to nurture energies that are far bigger than yours, ones that we should not—and cannot—remain so isolated from if we are to survive and thrive.

So help a child start a lifetime of caring—by bringing home a packet of seeds and a pot of soil today. And watch their wonder unfold, as well as your own.