Do you take for granted that the produce you buy at your local farmers market is grown by the people selling it, or have you ever had some doubts? The Tampa Bay (Florida) Times recently ran a “Farm to Fable” series looking into food fraud at local farmers markets as well as farm-to-table restaurants. It’s […] 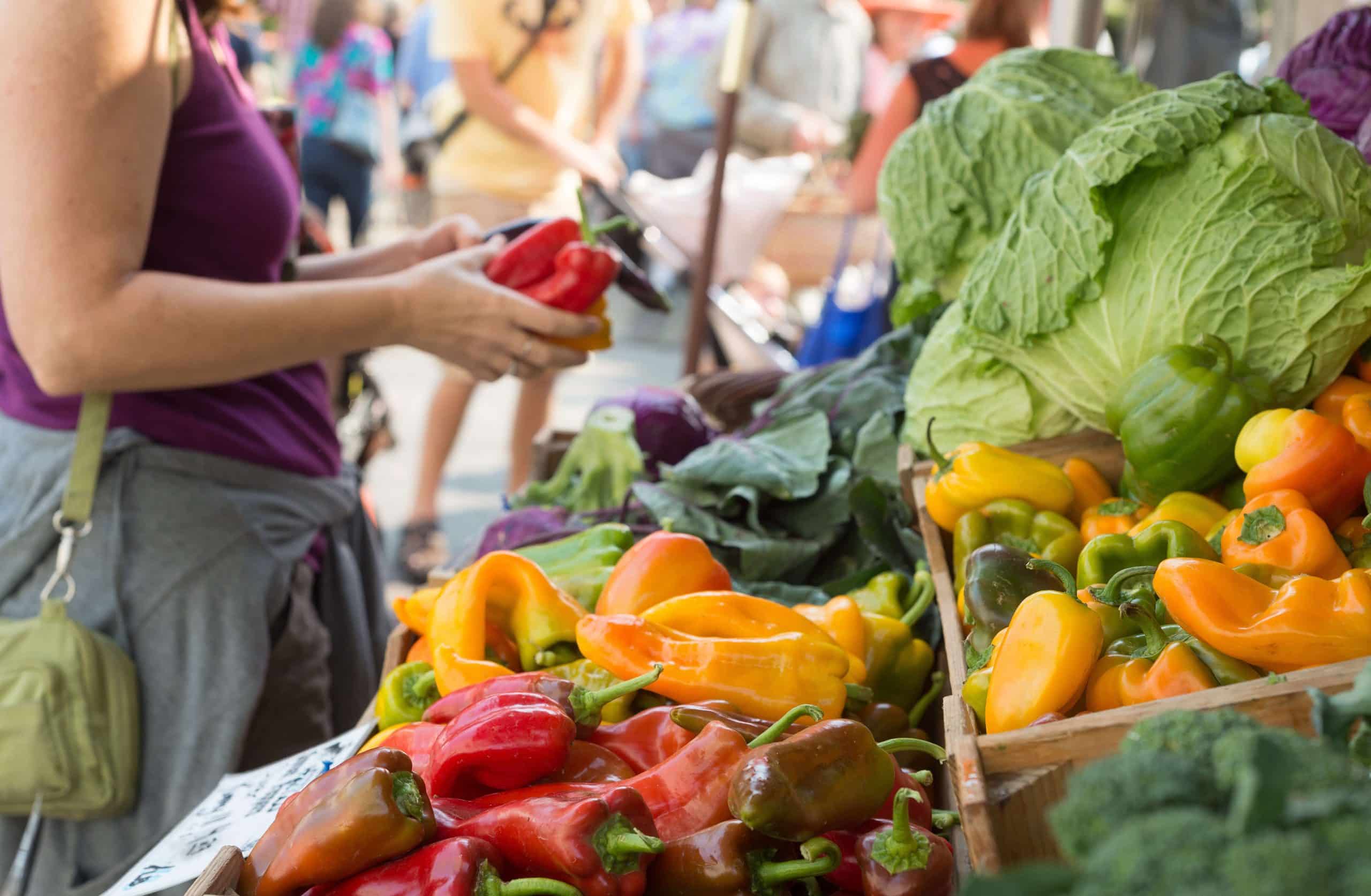 Do you take for granted that the produce you buy at your local farmers market is grown by the people selling it, or have you ever had some doubts? The Tampa Bay (Florida) Times recently ran a “Farm to Fable” series looking into food fraud at local farmers markets as well as farm-to-table restaurants.

It’s not just a Florida issue, says Rebecca Thistlethwaite, who just wrote about the series for the newsletter of LocalHarvest, the organization whose online directory of more than 30,000 family farms and farmers markets helps people find CSA farms and farmers markets. She points out that some markets—especially new ones and ones with few farmers—have good reason to allow vendors to resell produce grown by others with some restrictions. She stresses the importance of asking questions when you shop at your farmers market.

Read on for her take on the issue.

Welcome back to the LocalHarvest newsletter.

Unlike the calm blue water lapping at its Floridian shores, the latest series in the Tampa Bay Times is making some giant waves. The “Farm to Fable” series written by restaurant critic Laura Reiley exposes some unsavory issues that shake the foundation of the local food movement. The first article points out dishonesty in the restaurant trade about the provenance of their so-called “local” ingredients. The second article in the series exposes pervasive and egregious fraud in the farmers markets of the Tampa Bay region. This is by no means a “Florida thing”—I have experienced first-hand similar issues when I farmed in California and heard about it from others farmers around the country. What may be one of the most important and financially viable ways for farmers to sell their freshly harvested goods may also be a place where consumers are being lied to in some cases. That is not a story anyone wants to tell, but keeping an industry honest is important for both the producers and the consumers.

I wanted to find out if the problem of produce resellers posing as farmers was in all farmers markets in Florida, so I called a friend of mine who has a 60-acre mixed organic farm up near Gainesville and sells at six farmers markets a week. Amy Van Scoik of Frog Song Organics, a Local Harvest member since 2011, says that she attends some “producer-only” markets such as the Alachua County Farmers Market, where growers are only allowed to sell items they grew or raised themselves. Reselling is not allowed. Consumers frequent this market because they know they are supporting Florida growers and getting some of the freshest food around. Farmers must possess a growers permit issued by their local Extension office to even sell there, which is written documentation of the farming location and the items that the farmer grows or raises. Although it’s not a perfect protection against fraud, Amy feels pretty confident that nearly everything sold at that market is locally produced.

Other markets her farm attends do allow some resellers. Amy figures that as long as the resellers are being honest about where and how the produce is grown, she thinks it probably helps to attract more customers to those markets. It’s when the resellers lie and say they grew something or when they label something “no spray” and then sell it for cheaper than her certified organic produce is when she believes it is unfair competition. That is beginning to change as some market managers are no longer allowing unverified production claims on produce or meats. 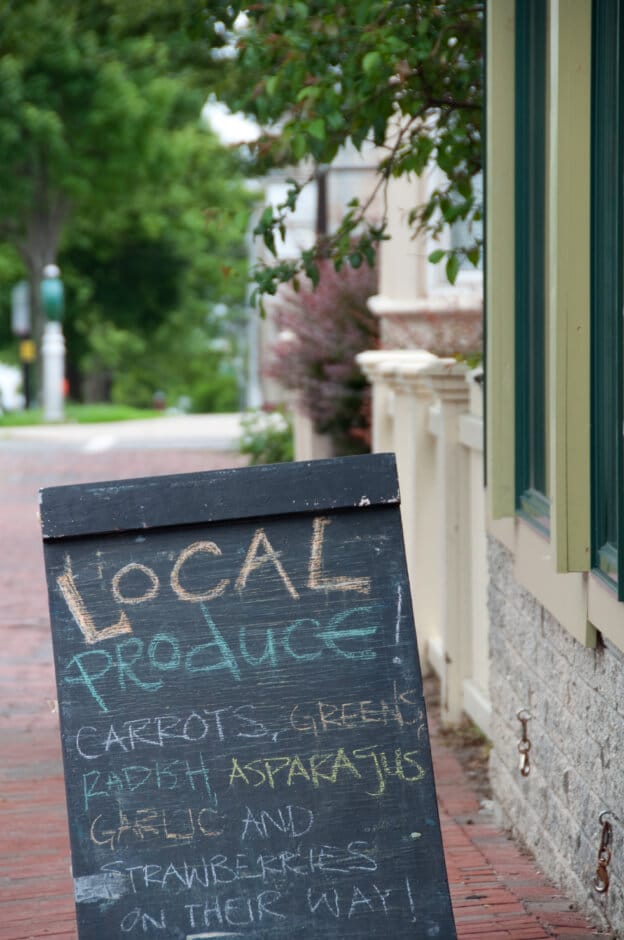 farm, unlike the resellers or the fake farmers, is open to the public a couple times a year for a farm tour. She likes it when her customers ask questions and come out on a tour—it builds their trust in her farming business and begets more loyal patrons. She encourages them to ask questions of other vendors too.

But for some fledgling farmers markets or ones located in areas with few farmers, they often have little choice but to invite some produce resellers if they want to actually have fresh produce at their markets. Amy also thinks that practice is fine as long as everyone is being honest and food is accurately labeled. Some markets that have removed the resellers have then found themselves with no produce vendors and consequently, a dwindling customer base.

On the other side of the country is the Portland Farmers Market, which is actually a nonprofit association of eight different markets. Oregon does not have a growers permit system like Florida, or the more cumbersome Ag Department certification that farmers have to go through in California to ensure they grew what they sell. The Portland Farmers Market works hard to build relationships with their vendors and aims for more of a personal vetting system rather than farm inspections. Their Executive Director Trudy Toliver is not a fan of more regulations, licensing, and fees for farmers and food producers. She thinks their system works and eliminates nearly any chance for fraud.

Trudy believes more in a self-policing strategy in which customers or farmers that suspect a vendor did not grow or make something themselves can simply report it to the market management. The markets have a clear complaint process and follow up on every written complaint that somebody may make. Likewise, each vendor must reapply every year and fill out a lengthy application listing where they farm, what they produce, or in the case of prepared foods, where their ingredients come from. The PDX markets also require that value-added foods (prepared or processed) contain at least 25% Oregon ingredients. This has really amped up the demand for Oregon-grown foods and helped many farms scale up. With more than 700,000 shoppers and 240 vendors, these markets are having an impact of more than $8 million in sales annually. They are especially proud of the numerous small businesses that got their start there.

We at LocalHarvest love the concept of farmers markets—a marriage of public space, community-building, values-driven commerce, and agrarian ethics. We think that most farmers markets and most vendors are honest and work hard to follow ethical procedures and management. So don’t let a few rotten apples spoil the bushel—keep supporting your local farmers markets and ethical farmers, and just keep asking questions.

About the author: This week’s blog post and pictures come from Martha Wagner, a Portland, Oregon-based food writer, gardener, and passionate advocate for sustainable living, wellness, and organic agriculture.

Picture credits, from top to bottom: Farmers Market, by Jamie Hooper, and Local Produce Signboard, by Trailfan; both Adobe Stock.