Bounty from the Box: The CSA Farm Cookbook encourages people to broaden their culinary repertoire with information on more than 90 fruits, vegetables, and herbs grown by community-supported agriculture (CSA) farms. In addition to its 360 recipes, it also highlights the challenges that small-scale organic farmers often experience in producing and selling their food. Climate […] 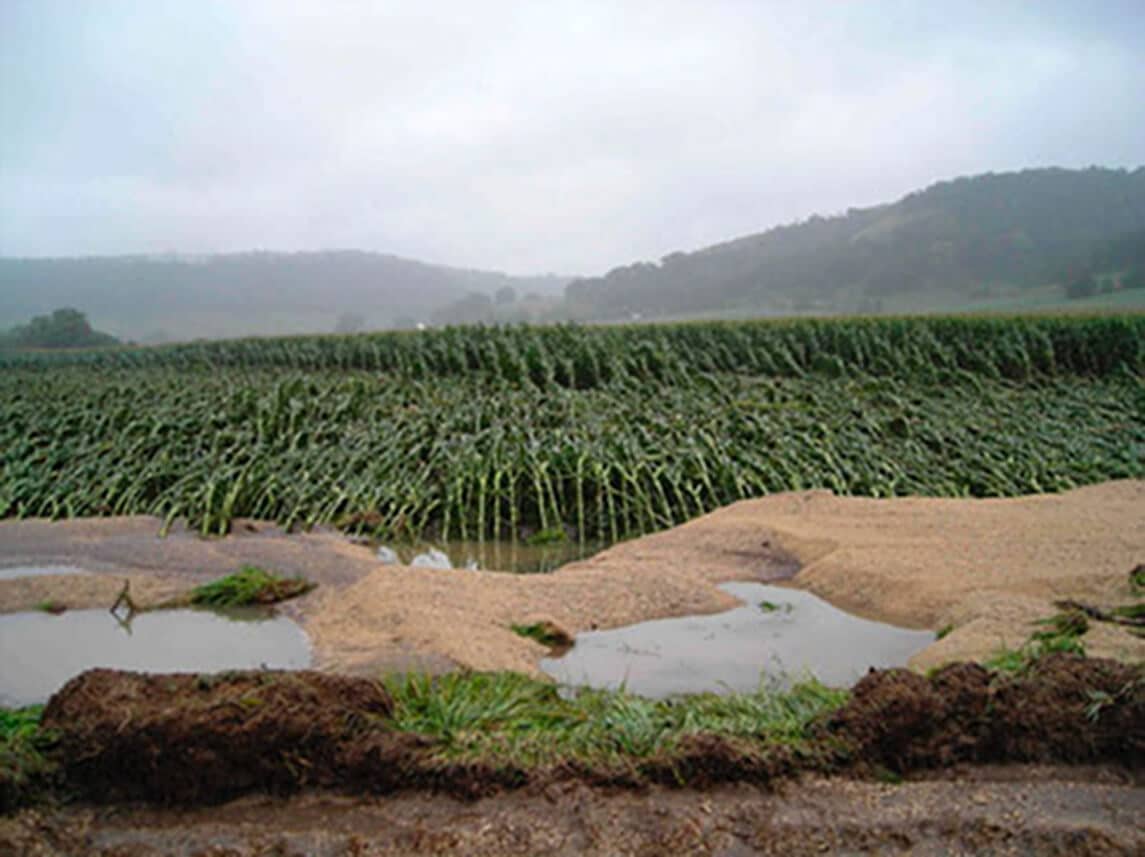 Bounty from the Box: The CSA Farm Cookbook encourages people to broaden their culinary repertoire with information on more than 90 fruits, vegetables, and herbs grown by community-supported agriculture (CSA) farms. In addition to its 360 recipes, it also highlights the challenges that small-scale organic farmers often experience in producing and selling their food.

Climate change is a huge concern for several farmers interviewed for the book, including southeastern Minnesota farmer Jack Hedin of Featherstone Farm. His essay on the subject was originally published as an op-ed by the New York Times, and it related his farm’s devastating experience with extreme weather and his worry about the future of Midwest agriculture (the picture above is one of his cornfields after the 2007 flood). He also gave Bounty from the Box author Mi Ae Lipe a fuller description of the farm’s history with multiple weather events (pages 108–115 in the book).

Climate change is not a central focus of Bounty from the Box, but in 2019 new reports from the UN Intergovernmental Panel on Climate Change revealed that global warming and its many associated effects are coming our way much faster than previously predicted, calling into question what people and governments can realistically do to slow down or halt the pace of change.

Some Americans still dismiss concerns about climate change, but fewer and fewer of them. We called Rebecca Thistlethwaite, an extension specialist with Oregon State University’s College of Agricultural Sciences, to ask for her take on what’s increasingly referred to as “climate crisis.” Our conversation is the first of a two-part series looking at how climate change is affecting farming across the country. This post highlights livestock farming, whereas the next one will focus on growing plants—vegetables, fruits, and grains.

Thistlethwaite ran a pastured livestock and poultry farm called TLC Ranch for six years in northern California before moving to Oregon, where she now works as a sustainability and business consultant for NGOs, food manufacturers, and family farms. She is also the director of the Niche Meat Processor Assistance Network (NMPAN). She holds a master’s degree in International Agriculture Development from the University of California at Davis and is the author of Farms with a Future: Creating and Growing a Sustainable Farm Business (2012) and co-author of The New Livestock Farmer: The Business of Raising and Selling Ethical Meat (2015). 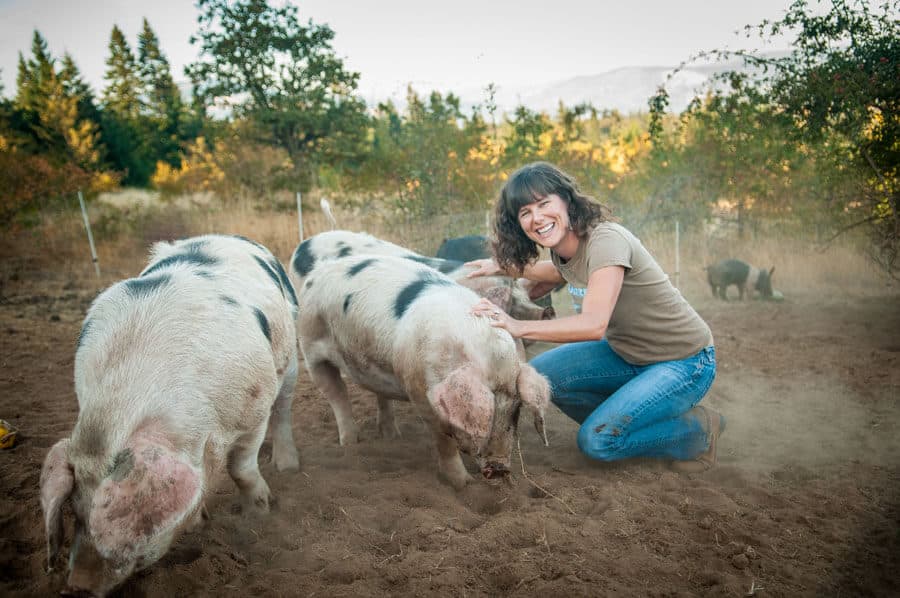 Martha Wagner: In a newsletter you wrote for Local Harvest in 2018, you said that farmers markets and CSAs have seen a nationwide decline in business in the past few years, and you attribute that in part to factors such as “the rise in online grocery sales, meal kit services, and more and more people eating out or getting by on snacks instead of actually cooking.“ You also referred to “the ‘Amazonification’ of the food system,” which you defined as “a concerted effort by behemoth global businesses to convince people to take their food for granted, to be fickle about everything, and to maintain no loyalty to anything other than having diverse choices at the lowest possible prices.” I want to talk with you about CSAs and climate change, but I didn’t want to skip over what you have written about fickle consumers. Perhaps we can start there.

Rebecca Thistlethwaite: I don’t have a lot of hope for CSAs as a business model. A strategy that worked for a while has changed with the advent of Internet sales, although it’s not a static situation. Farmers markets are not doing well either. Maybe farmers need to figure out more creative ways to get food out to customers. Midsize farms may be especially challenged. Small farms still have a role to play, and farm cooperatives may be the way to go. A good example is Grass Roots Farmers’ Co-op in Arkansas, which sells frozen meat delivered to your door and is farmer-owned. There are also some vegetable co-ops with buying clubs. Farmers have to move on with the times today. As for CSAs and climate change, CSAs offer a great risk-mitigation strategy, a way for consumers to tie themselves to the health of a farm. A CSA can buffer those farms from crop losses or other climate risks.

MW: We hear so much about the links between diet and climate change, specifically around eating meat and what raising all that livestock to satisfy our demand for animal foods is doing to our planet. Are many people confused about whether or not to eat meat? (This interview was conducted before the October 2019 release of a controversial report in the Annals of Internal Medicine recommending that Americans eat any amount of processed meat and red meat that they want.)

RT: The American public, in general, is not yet feeling the effects of climate change, but people who make a living from natural resources—farming, ranching, fishing, for example—are. I think that all the attention given to beef today is misguided. The campaign against eating meat is funded by big companies investing huge sums in new, highly processed foodlike products. There is not a lot of profit margin in raising meat, but there are many opportunities for companies to make billions of dollars on new products like Beyond Meat and Impossible Burger. The public is not looking into who is funding this antimeat campaign, and much of the money is coming from these fake-meat companies.

The new products are ultraprocessed, which I do not advocate for foods of any kind. Recent research has linked the consumption of ultraprocessed foods with obesity and type 2 diabetes. Beyond Meat is made from pea protein and Impossible Burger products are made from soy protein, among other ingredients. Both are vegan, produced in labs, and designed to emulate the taste and texture of beef. 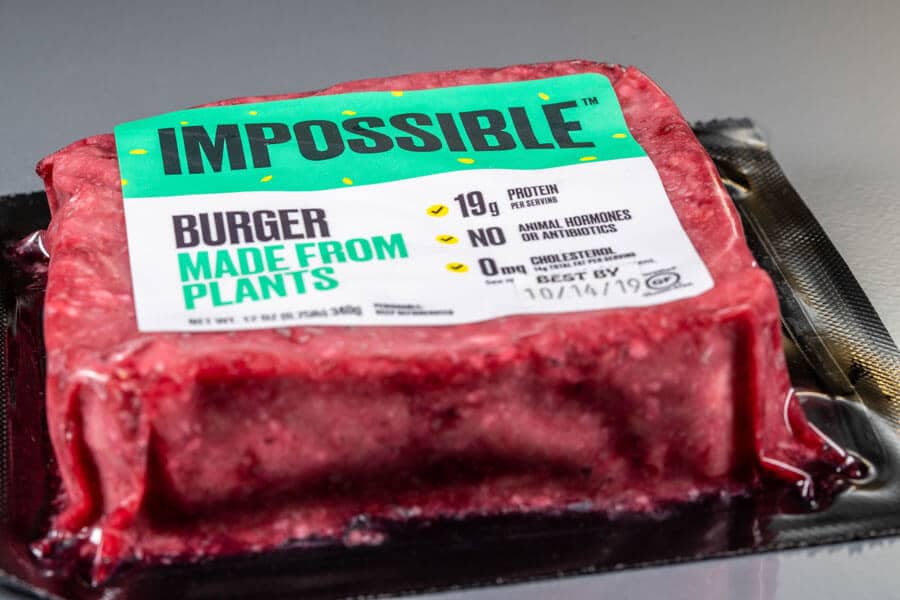 There certainly are many documented environmental impacts of conventional meat production, such as waterway pollution, air-quality impacts, and the rise of antibiotic-resistant bacteria; I don’t deny that animal agriculture has an outsized impact on the planet. I do think people could stand to eat less conventional beef—but buy beef of better quality. About 4 to 6 ounces a day is plenty, meeting roughly one-third of average protein needs. But I do not advocate a one-size-fits-all diet for all people.

MW: Are people misguided then about eating or not eating beef to reduce their personal carbon footprint?

RT: Whether dietary change can beneficially impact climate change depends on what kind of agriculture you’re talking about. Agriculture is the third-highest source of greenhouse gas emissions after electricity and transportation in the United States, according to data from the Environmental Protection Agency (EPA). Of this, the main emitters come primarily from large-scale, factory-farmed-livestock operations and conventional-crop agriculture with its ample use of synthetic fertilizers, pesticides, and regular soil cultivation. There are companies researching climate-friendly, regenerative growing practices and products, but they may or may not provide meaningful solutions to impact climate change quickly enough. The truth is, eating less meat is sort of a superficial action when you consider that transportation and energy are the main greenhouse gas emitters by many orders of magnitude more than agriculture. Instead, how about people focus on the size and energy efficiency of their homes and the vehicles they drive? Fixating on meat is just a distraction. 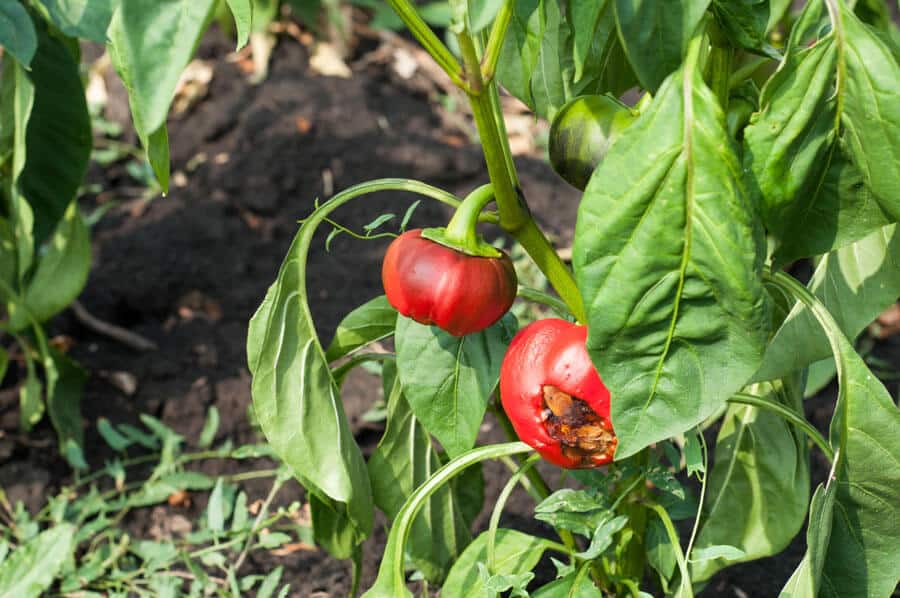 MW: Do you feel any optimism about the current state of American agriculture and the future we’re facing?

RT: Right now, I’m optimistic about the rapidly growing interest in low-carb diets like Paleo and keto that are helping to keep ethical farmers and ranchers in business. I’m happy that low-fat, high-carb diets are attracting fewer followers because of the ample evidence that these diets are not optimal for human health and have contributed to the vast rise in obesity and diabetes around the world. I think lower-carb diets are good for human health and the climate, although as I said earlier, I do not advocate a one-size-fits-all diet. As for climate change, I don’t have much optimism except that more farmers and ranchers are learning about and incorporating more sustainable and restorative practices, and a growing slice of consumers are supporting businesses based on those values.

Overall, I don’t have “climate-change depression”—we just do the best we can. I try to live my life in a way that minimizes my personal environmental footprint and make a difference in my own community.

Author’s note: For another point of view about climate change, we offer this blog post written by someone not working in agriculture, Washington State writer Vicki Robin.

Part 2 in this series will include interviews with farmers affected by climate change who grow vegetables, fruit, and grains.

About the author: Martha Wagner is a Corvallis, Oregon-based food and health writer, gardener, and passionate advocate for sustainable living, wellness, and organic agriculture.