By: Deborah DeBord
View All Recipes
Posted on: 08/25/2019
Jump to Recipe Print Recipe 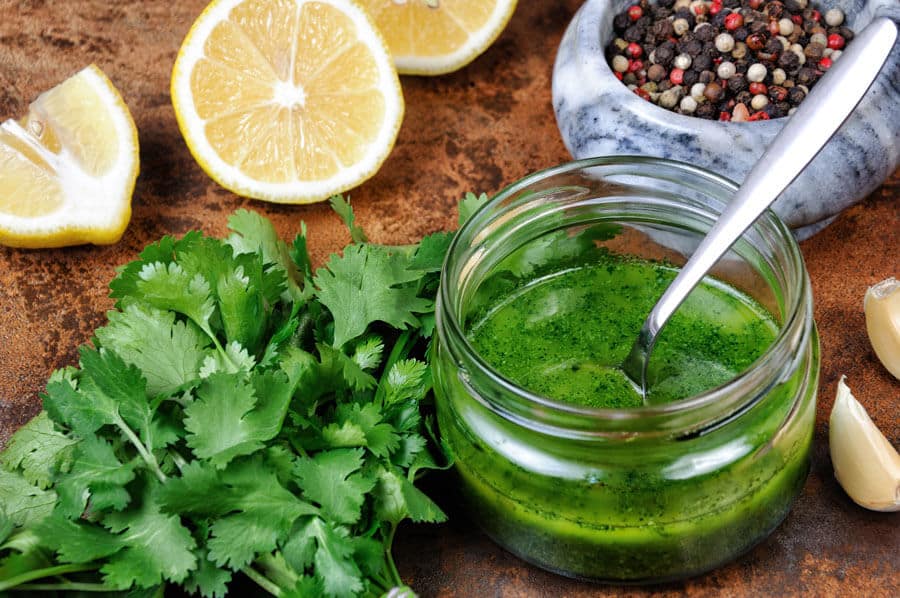 When we mentioned cilantro pesto on one of those occasions of abundant herbs, someone asked, “What the heck do you do with it?” Dot it on a cornmeal crust as the base for a Mexican-style pizza. Use it as the binding sauce with basil pad thai noodles and shrimp. Make it an intriguing twist in a corn-and-chile omelet. Flavor the cheese of choice in any stuffed pepper. Spread on a toasted baguette topped with slow-roasted tomatoes. Golly, keep going!
No ratings yet
Print Recipe Pin Recipe
Course Condiments
Cuisine American, Gluten-free, Mexican, Vegan, Vegetarian
Servings 1 cups

Cook’s Tips and Tricks: Pesto freezes well in ½-cup portions. It might not be as bright green, but it’s still a nice treat mid-winter. —From Picked at the Peak by Deborah DeBord, Ph.D.
Keyword Cilantro pesto
Tried this recipe?Let us know how it was!