While this recipe may look long and complicated, this is truly an amazing soup that, like all good things, is really worth waiting for. And who doesn’t love a savory bowl of French onion soup with its richly sweet caramelized onions and creamy melted cheese on a chilly winter night? This calls for beef bones, but a perfectly respectable stock can be made with vegetarian beef-flavored soup base. However, the following recipe is richer than the vegetarian one. Either way, the real trick in this soup is to caramelize lots of onions. 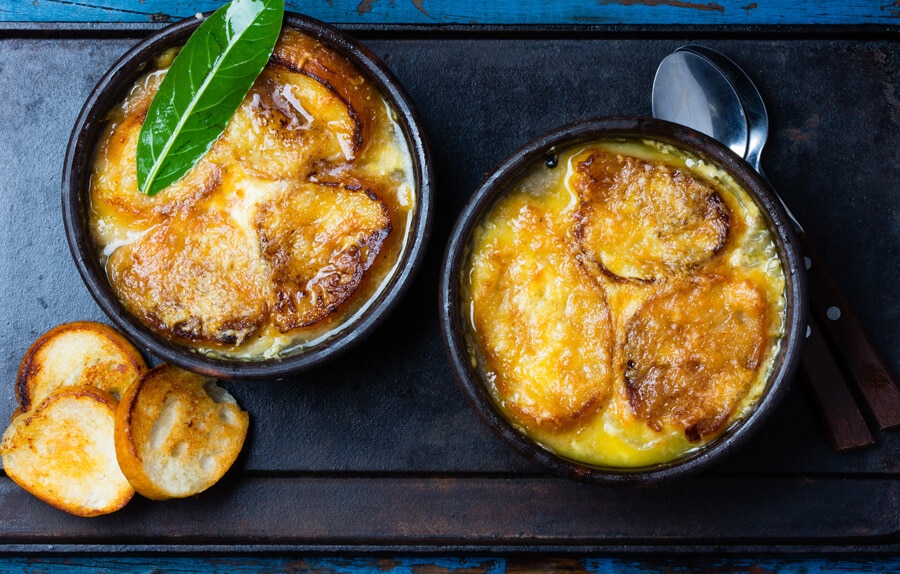 — Peter Reinhart, Sacramental Magic in a Small-Town Café
Tried this recipe?Let us know how it was!