Lefse is a traditional soft, thin, Norwegian flatbread that is made with leftover potatoes, flour, butter, and sometimes milk or cream and cooked on a griddle. Special tools are needed to prepare lefse, such as a lefse stick—a long wooden instrument that resembles an extra-long paint stir stick—and a circular lefse board, for rolling out paper-thin sheets.

Traditionally lefse was eaten with lutefisk, a type of preserved cod that is not always a favorite of the younger generation. But there are plenty of other ways to enjoy this Scandinavian favorite—spread ‘em with butter, sprinkle them with sugar, or top with jam. They can be used as a crepe, or rolled around all sorts of fillings like a wrap. They can be eaten hot or cold, or eaten on the side with a meal just like bread. The possibilities are endless! 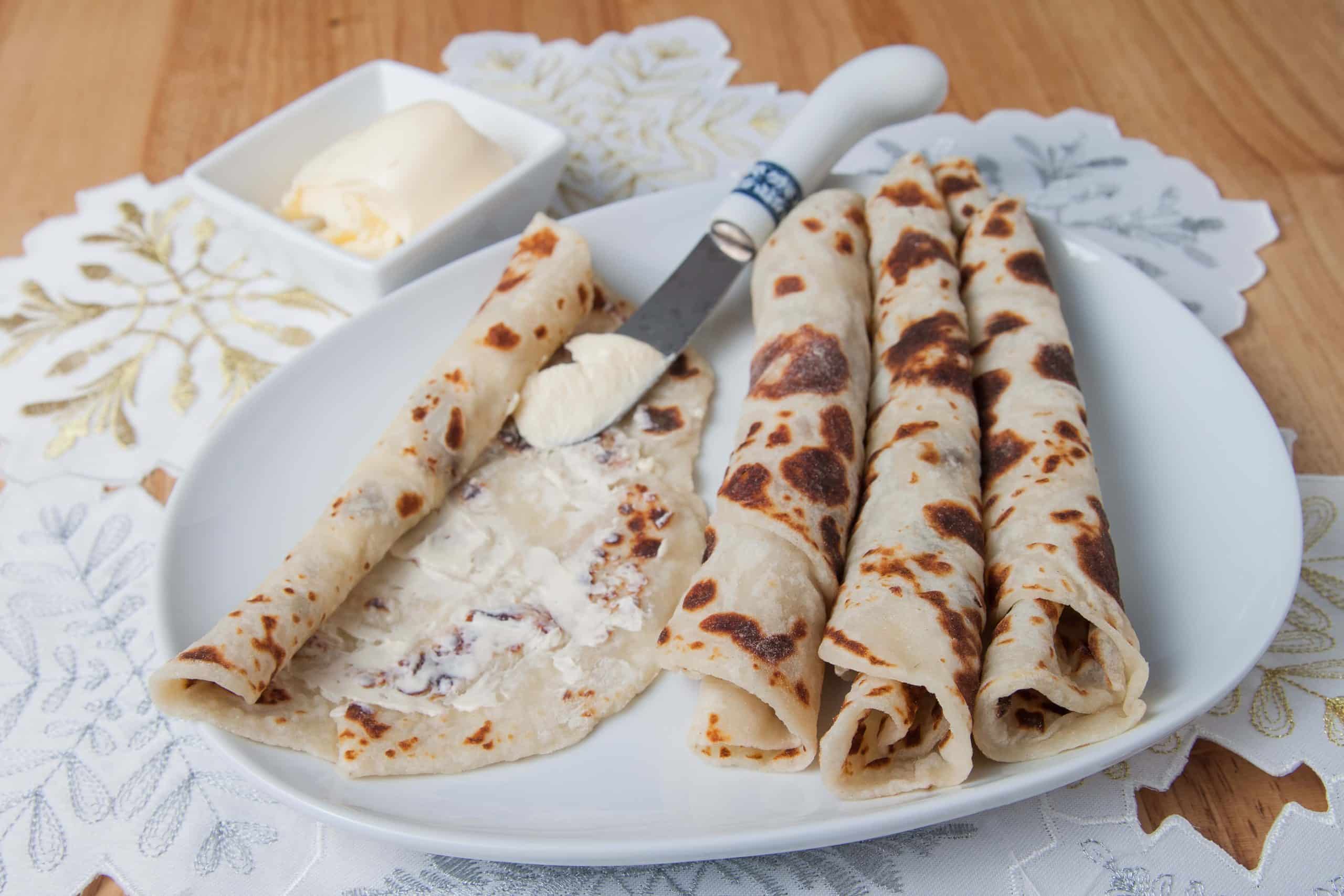 — Erma Schubbe, Hills Centennial Cookbook
Tried this recipe?Let us know how it was!