The black pepper gives the pears just enough of an edge to make guests wonder what delightful thing they’re eating.

Paul’s notes for the pie dough: I use lard because I think it yields the flakiest pastry. You can substitute butter or any solidified vegetable shortening. Additionally, I do this by hand, but that’s just me. This same recipe will work in a food processor so long as you’re using the dough blade and not the metal cutting blade. This amount will yield more than enough dough for a two-crust pie. 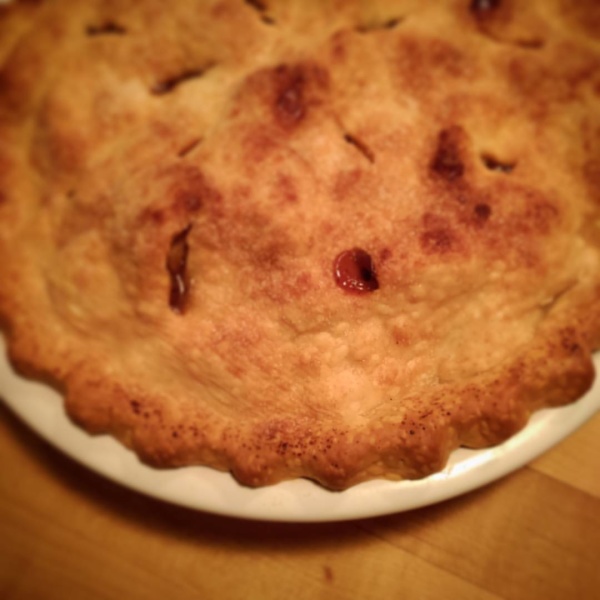 — By Paul Anater
Tried this recipe?Let us know how it was!