This delectable spinach and cheese pie is a traditional Greek dish, one that disappears quickly at parties and at just about every other occasion. You can find phyllo dough at most supermarkets in the frozen pie and pie dough section. Frozen spinach is actually preferred for this recipe over fresh spinach, which must be meticulously cleaned, chopped, wilted, and then squeezed dry, all of which takes time. And to get the quantity the recipe requires, you must use a huge amount of fresh spinach. Frozen spinach is already cleaned and that large amount is already compressed into bags or boxes, plus it is chopped more evenly and thus mixes and cooks better with the rest of the filling. 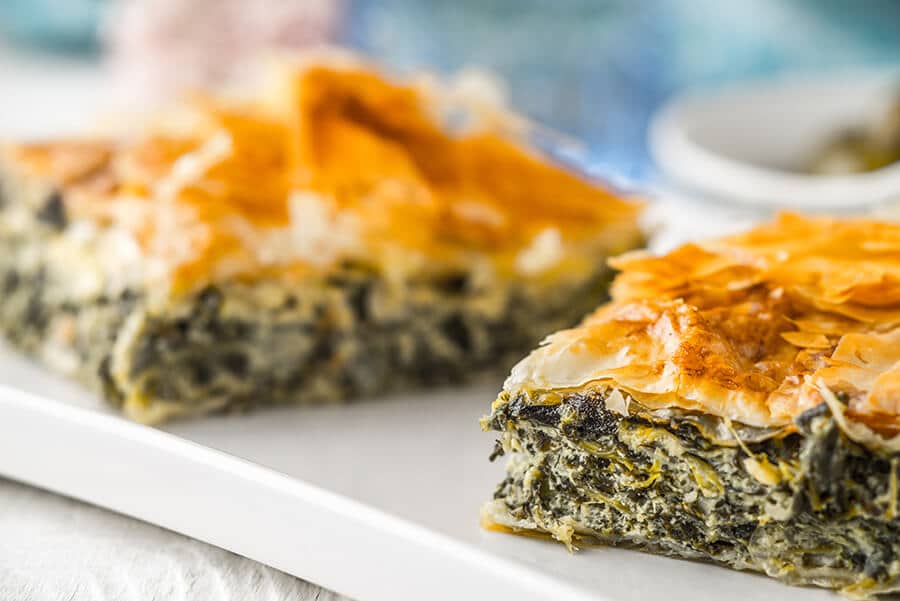 — Jen Vassili
Tried this recipe?Let us know how it was!