This is a different take on the savory potato pancake known as the latke, using sweet potatoes, carrots, and green onions. Fry these up until they’re crisp and golden brown, and rejoice! 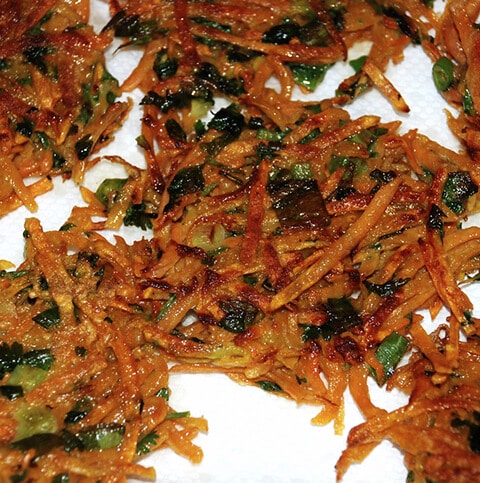 — Lucy, Sang Lee Farms, Peconic, New York
Tried this recipe?Let us know how it was!