My friend Asya Ghafarshad’s parents immigrated to the US from Afghanistan in the 1960s. Asya was born in the US and her mom tells her stories of growing up in Afghanistan wearing miniskirts and smoking cigarettes. Her parents own an iconic restaurant in Claremont, California, the town where I went to high school and college. It is called Walter’s and serves delicious continental cuisine, as well as Afghan favorites. This is her father’s chicken soup. Asya likes to cook the chicken breasts on the bone to make the broth, then shred the cooked chicken and add it back to the soup just as it is nearly done. She does not peel the carrots and the vegetables are cut into larger chunks, just the way her dad made the soup.

Tried this recipe?Let us know how it was! 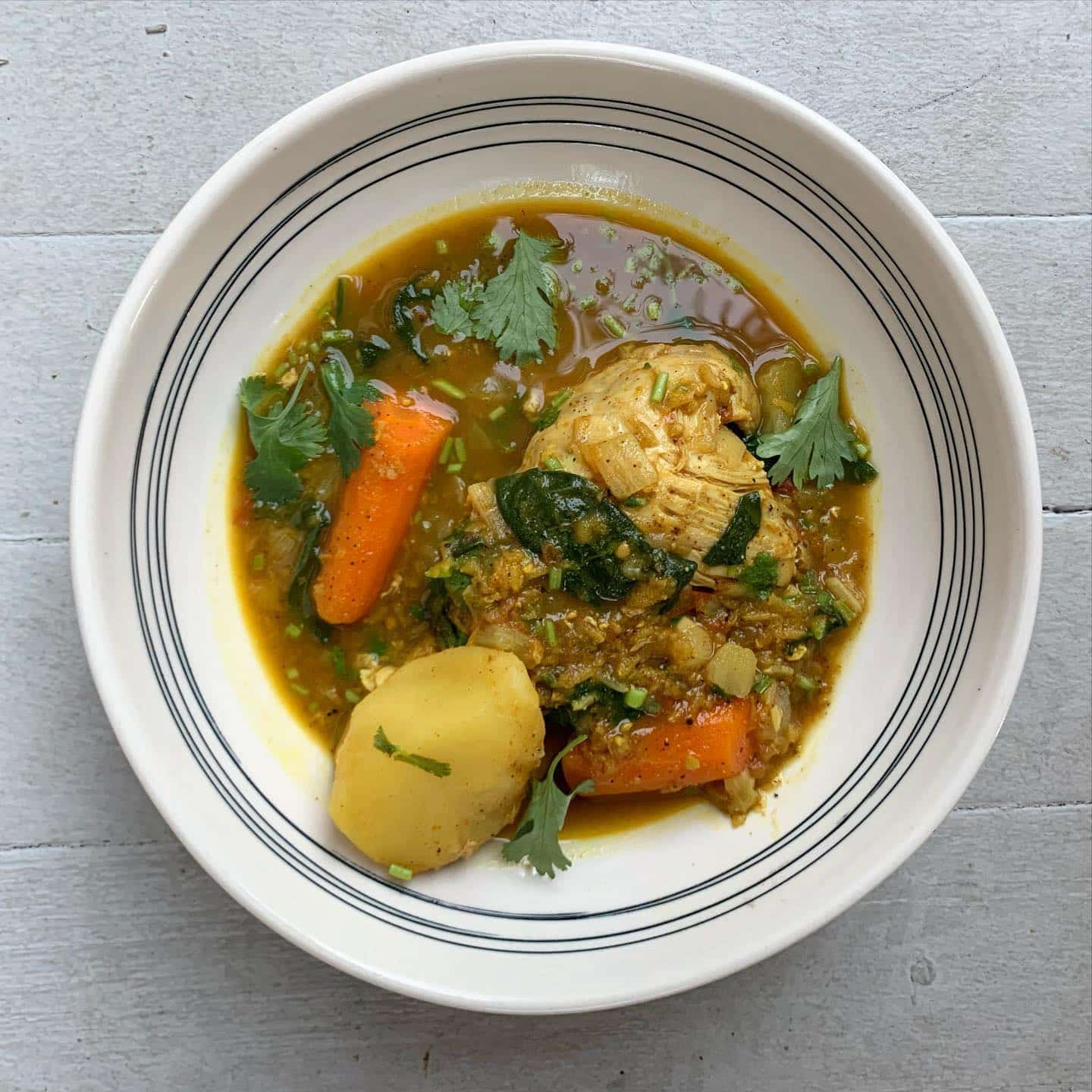