Served cold, this would be vichyssoise; served hot, it is sometimes called soup bonne femme, or “good housewife” soup. Whatever it is called, it is inexpensive, satisfying, and very, very good. Thin-skinned Yukon Gold potatoes need not be peeled. In fact, the skins almost disappear when the soup is pureed, but their memory lends the soup more character. 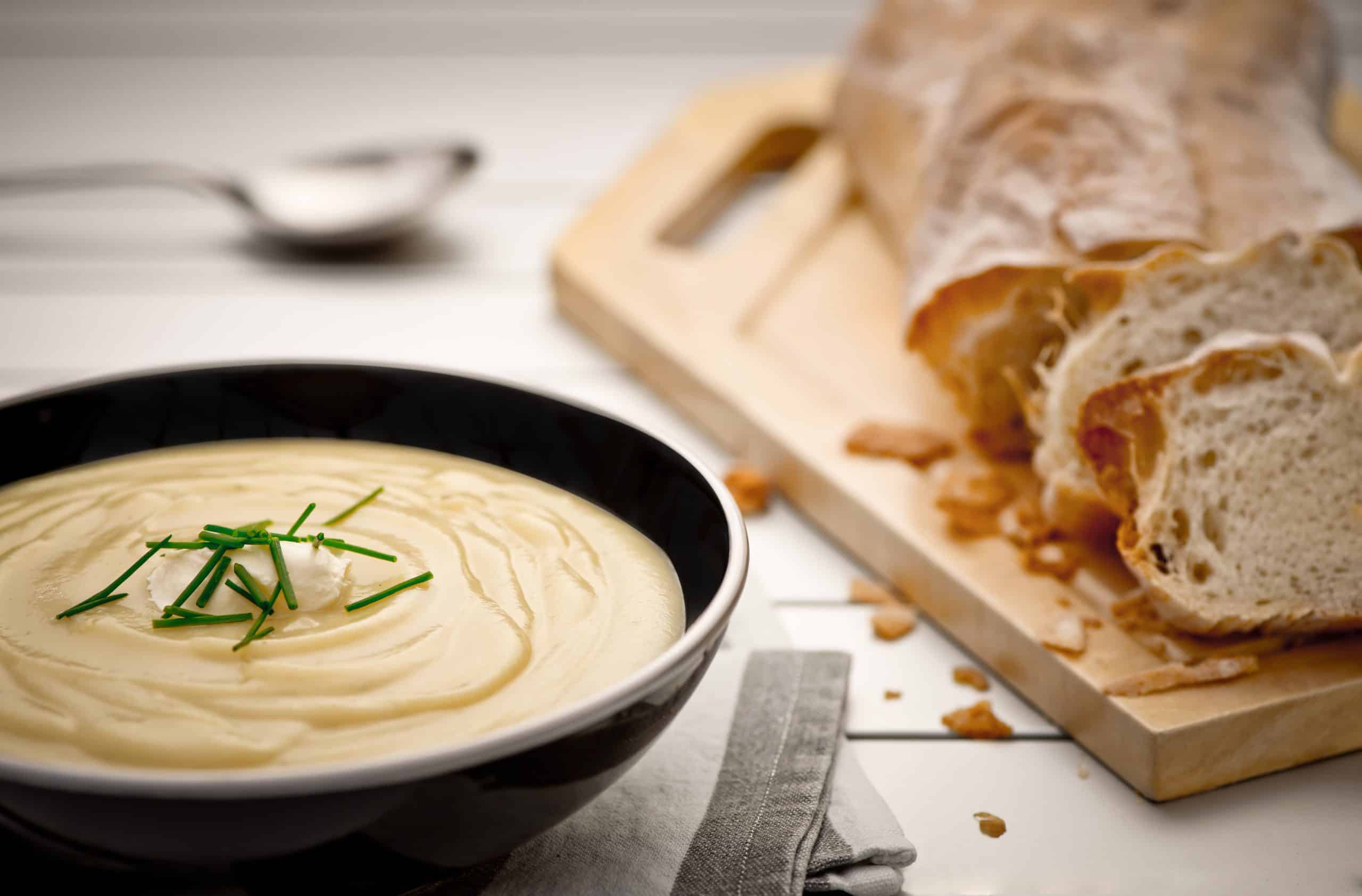 — By Greg Atkinson, Northwest Essentials: Cooking with Ingredients That Define a Region’s Cuisine
Tried this recipe?Let us know how it was!