It’s Spring … and a Cook’s Thoughts Turn to Rhubarb

One of the earliest signs of spring, other than April showers, allergies, and warming temperatures, are the brilliant red stalks of rhubarb. Rhubarb is a curious phenomenon, for it is one of the few plants of which we consume just the thick stalks, or petioles. Its assertive tartness is caused by large quantities of oxalic […] 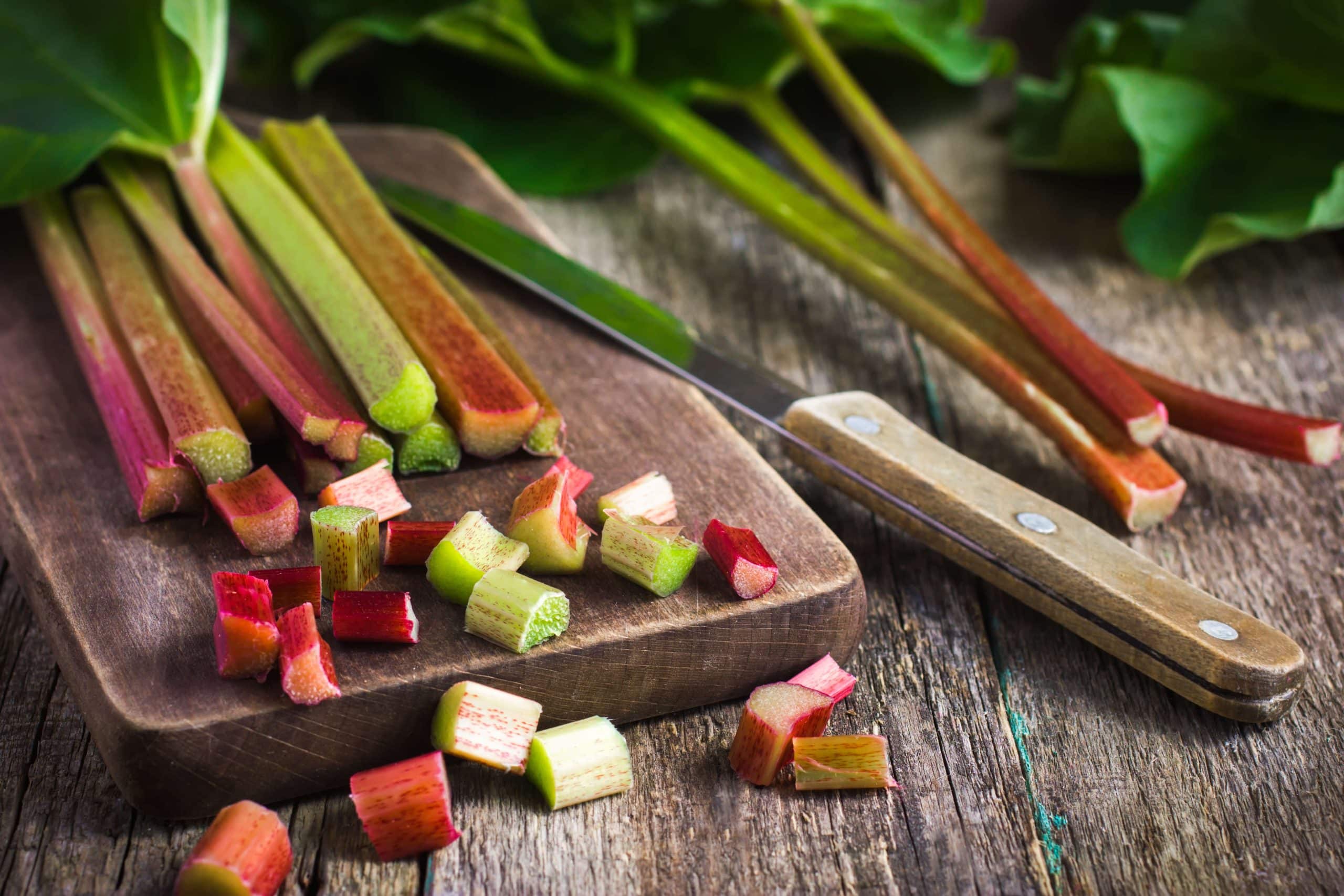 One of the earliest signs of spring, other than April showers, allergies, and warming temperatures, are the brilliant red stalks of rhubarb. Rhubarb is a curious phenomenon, for it is one of the few plants of which we consume just the thick stalks, or petioles. Its assertive tartness is caused by large quantities of oxalic acid, which makes the leaves unpalatable and toxic. But the plant’s succulent, juicy stems are delicious, especially when sweetened with plenty of sugar, strawberries, or other fruits in pies, sauces, and jams. In the Western Hemisphere, rhubarb typically comes into season during April and May, making it one of the first fresh food plants to mature and thus a much welcomed one in times before produce was available year-round.

Rhubarb is native to Asia, where the dried root has been used in traditional Chinese medicine for thousands of years. It was so revered for its healing qualities that rhubarb cost ten times as much as cinnamon in France during the mid-1500s. Although rhubarb was consumed as a food in the ancient Middle East, it did not exactly take the European or American gastronomic scene by storm. It remains a specialty food whose popularity waxes and wanes, depending on the public’s attitude toward the vast amount of sweetener necessary to make it palatable. Well known for its laxative qualities since ancient times, rhubarb was once regarded as a medicinal plant rather than as food. It was not cultivated widely for the kitchen until the 1800s in Europe; apparently the unappetizing leaves rather than the stalks were generally sampled, which may have contributed to its delay in finding culinary enthusiasts.

As one of the first harvested food plants available in the spring, rhubarb has a highly defined season—mid to late spring, with the best picked in April and May.

Fresh rhubarb stalks should be firm, crisp, and brightly colored, with no signs of wilting and shriveling. Slender stalks are more tender than thicker ones. Wrap unwashed rhubarb stalks in a plastic bag and refrigerate in the vegetable crisper, where it will keep for up to 10 days.

Thoroughly wash the stalks under running water to remove all traces of dirt, and trim off the stem ends and discard. Although the skins on rhubarb look quite substantial, they soften with cooking and are quite edible; peeling rhubarb is not common.

Save a taste of spring by freezing rhubarb for later enjoyment. Simply cut the raw stalks into ¾-inch pieces, arrange them in a single layer on a baking pan, and place in the freezer. Once they are frozen, place them in zipper-lock freezer or vacuum food sealer-type bags, or freezer containers. Squeeze out any excess air and leave ½ inch of headspace (unless you are using the vacuum sealing method).

For more tender frozen rhubarb, you can blanch the stalks by boiling them for 1 minute and quickly plunging them in ice water to halt the cooking process. Either leave them whole or cut them into desired lengths; then pack them for the freezer, leaving 1½ inches of headroom if you are using bags. Rhubarb may also be packed in a sugar syrup. Frozen rhubarb will keep for up to 6 months at 0°F. 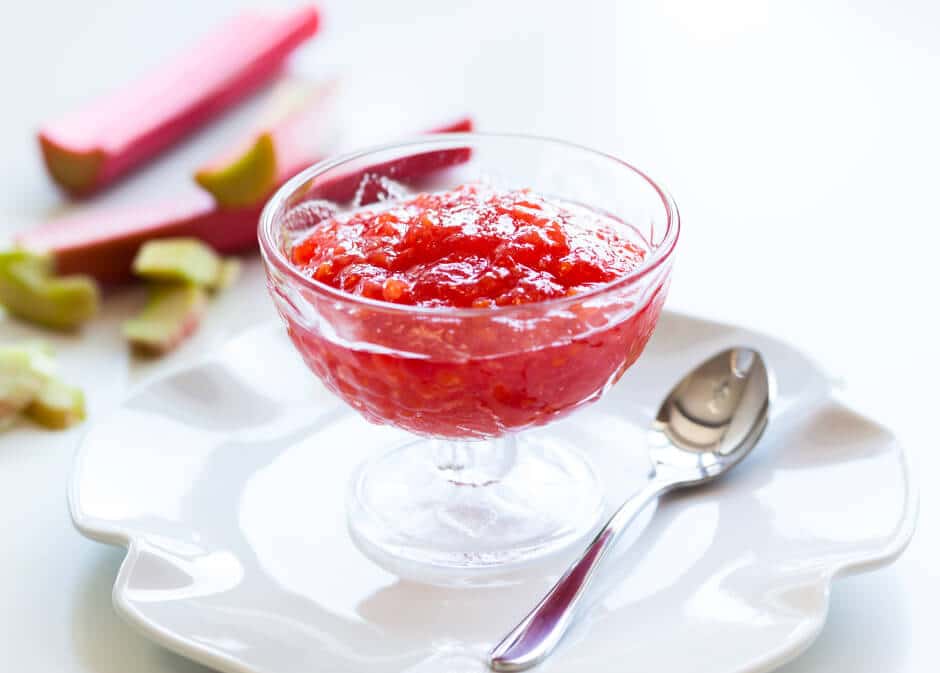 What Can You Do with Rhubarb?

You can also try this tempting breakfast condiment or delicious dessert (delectable over vanilla ice cream): Balsamic Rhubarb Compote. And you can find more tasty rhubarb recipes in Bounty from the Box: The CSA Farm Cookbook.