The Revelation of Flavor

On my recent trip to Europe, I read an intriguing book called The Dorito Effect: The Surprising New Truth About Food and Flavor, by Mark Schatzker. I have been a fan of Schatzker ever since I read his first book, Steak: One Man’s Search for the Tastiest Piece of Beef, a marvelous tome on a […] 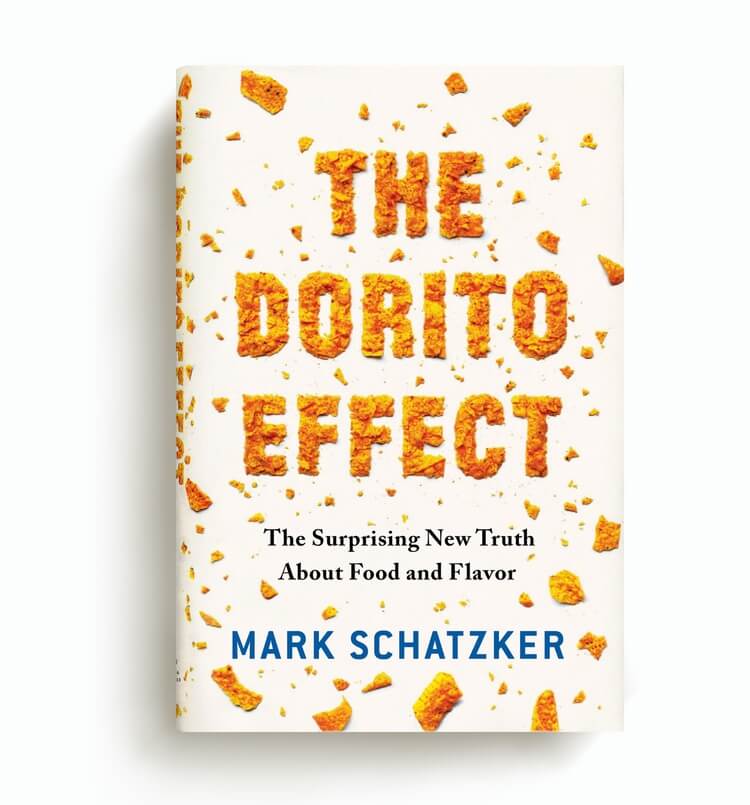 On my recent trip to Europe, I read an intriguing book called The Dorito Effect: The Surprising New Truth About Food and Flavor, by Mark Schatzker. I have been a fan of Schatzker ever since I read his first book, Steak: One Man’s Search for the Tastiest Piece of Beef, a marvelous tome on a subject I’d often wondered about myself in my gastronomic adventures.

I highly recommend The Dorito Effect for many reasons: the humorous, peppy writing that never fails to delight while explaining extensive science that could easily become tedious and boring; the myriad aspects of flavor and its surprisingly complicated intertwining with nutrition, diet, and our own complex relationships with food that jeopardize our very health; and alarming evolution into a multibillion dollar additive flavoring industry that invades our diets in ubiquitous, nearly inescapable ways—to the tune of about two pounds ingested annually by every American man, woman, and child. 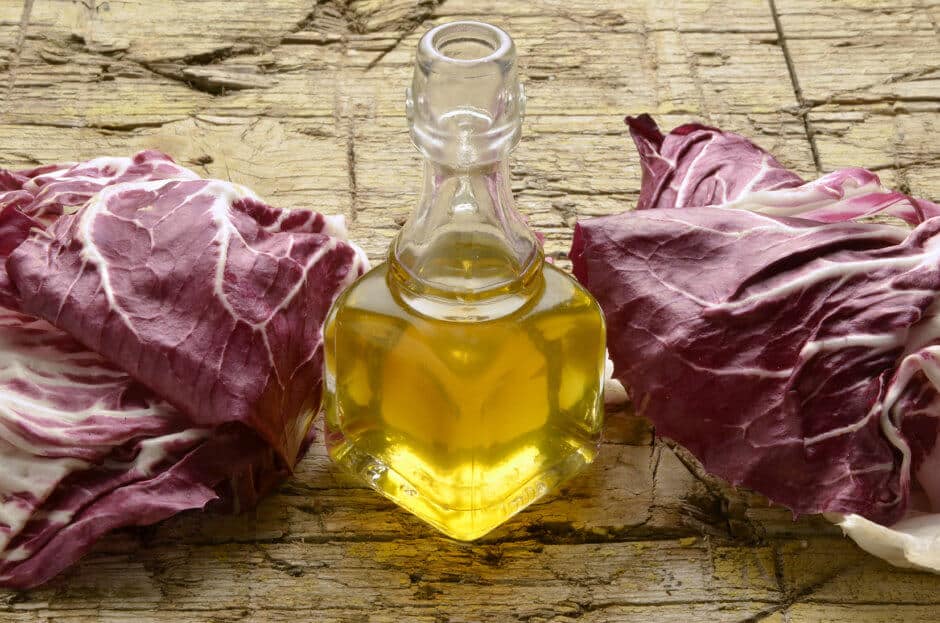 One takeaway from Schatzker’s book is how flavor is inexplicably linked to nutritional value, particularly in plants. Many cultures favor bitterness (like the Mediterranean fondness for radicchio or freshly pressed olive oil, for instance), because the bitterness comes from secondary compounds that plants use, in fact, to signal nutritional worth (think phytonutrients, polyphenols, and antioxidants) or defend themselves against invading insects. The book goes into extensive detail about fascinating studies done with sheep, goats, and rats and their flavor preferences—it turns out we could stand to learn a lot about ourselves from ruminants and rodents.

The book touches on the growing loss of flavor in our most common foods such as chicken and tomatoes (not surprising to any of us who eat these things). This has not been by accident, and much of it has to do with profit and agricultural efficiency; literally, dilution is the best way to produce higher yields more quickly, meaning that today’s average chicken and tomato contain far more water than our grandparents and great-grandparents could have ever imagined 50 or 60 years ago. Flavor has been a primary casualty. Even raw chicken that we buy in the supermarket is so bland that it is pre-injected with generic flavoring to get it to taste like something other than watery sawdust. And even then it fails spectacularly, and we are compelled to blast it with huge amounts of salt, garlic, MSG, and herbs to get it to taste like something, anything.

One evening I read in the book about an old-fashioned breed of chicken (Barred Rock) that used to be common but has all but disappeared, save but a few farmers who are trying to bring it back. For Schatzker, this was super-charged chicken on flavor steroids, except the chicken wasn’t on steroids but blessed with a genetic makeup that didn’t favor maximum yield. 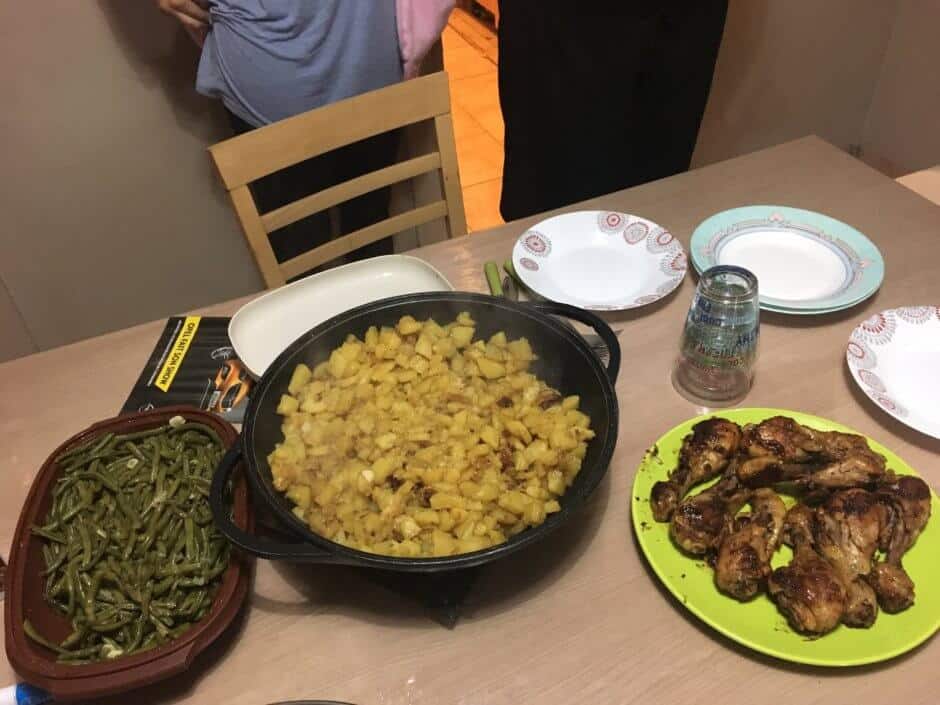 It was with this fresh in my mind that I ate a home-cooked dinner the following night with a French family. It was a simple meal: pan-fried poulet avec haricots vertes et pommes, but when I bit down on the first drumstick, my tastebuds nearly exploded out of my mouth. This chicken had flavor, real honest-to-goodness chickeny-ness. Not a chicken bouillon-cube tinniness or KFC’s Extra Crispy with 11 Secret Herbs and Spices shock-and-awe savor, but of a genuine bird that could hold its own with just salt and pepper. Sure, my friend had applied a light teriyaki sauce on the outside, but I burrowed down into the deeper meat to be sure. Its flavor was rich and unwavering throughout. Gnawing on the bone, I realized at last this was how good chicken could be, and I had barely ever tasted the likes of it before in my nearly 47 years on this planet.

And so it was throughout my European trip. There is plenty of bad, processed food in Europe and literally tons of artificial and natural flavorings abound in the supermarket aisles and restaurants alike, but honest taste jewels popped up at regular intervals. The supermarket tomatoes, for instance, in the UK looked as beautiful on the outside as they do in the US, but they actually surprised and delighted me with rich acids and sugars that spurted onto my tongue. Canned corn was not deluged with salt and sugar as it often is in America, and that allowed actual corn flavor to come through. 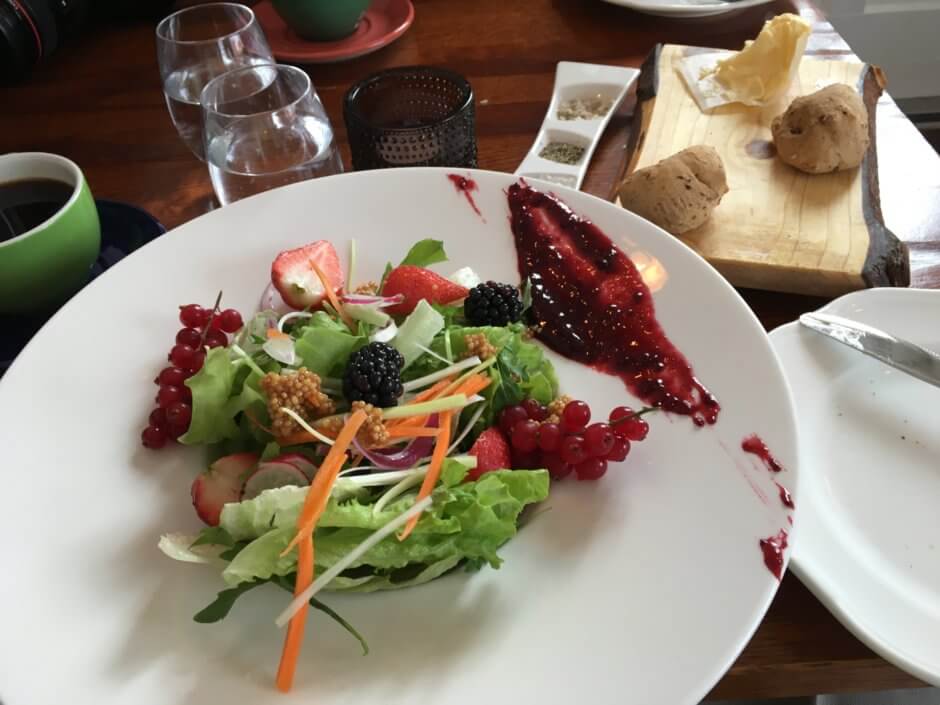 Even a simple salad at an Iceland restaurant shocked my palate in the most fantastic way: piquant shreds of aromatic leeks, the sharp tang of succulent red currants, strawberry halves that always provoke hope but usually fail to deliver. When I chewed the latter, I waited for the expected fleeting but mostly empty promise, then reeled when magnificent strawberry flavor unfurled and wafted up my nasal chambers into aromatic full bloom. Paradise.

On the flight back from Iceland to Seattle, I later read about the extensive greenhouses near the country’s capital city, Reykjavik. These greenhouses, which are powered by the island’s powerful geothermal resources, allow the country to grow nearly all of its produce for domestic consumption, including its tomatoes. Because the tomatoes don’t have to travel that far, they can ripen fully on the vine before being picked. And most of you reading this blog know the difference between a tomato grown at home or from the farmers market and one commercially picked green, then ripened by ethylene gas in a holding cooler. The difference is incomparable.

Lest we despair, help is on the way. Ever the optimist, Schatzker relates encouraging developments from dedicated plant and animal breeders who are devoting their lives to bringing flavor back to our food naturally. And of course, we should never forget our own power as consumers to demand more naturally occurring flavor in our fruits, vegetables, eggs, and meats. If enough of us value these traits and reflect it with our wallets, even Big Food will listen. Read more about it and other great advice in The Dorito Effect and on Schatzker’s website.